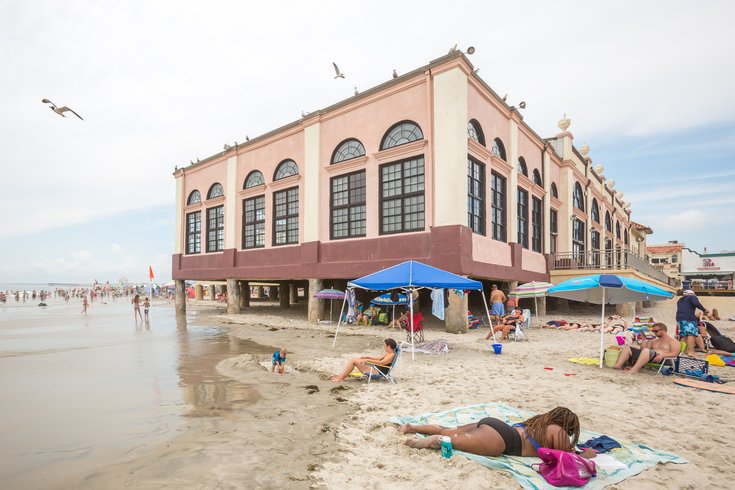 Jonathan Howell, 41, of Marmora, has been charged with sexual assault as part of an ongoing investigation into claims of rampant harassment and abuse among former members of the Ocean City Beach Patrol. Howell, who was a lifeguard, also previously taught math at Pleasantville High School.

A former lifeguard with the Ocean City Beach Patrol has been indicted by a Cape May County grand jury on sexual assault charges, officials said.

The case stems from a nearly two-year investigation into dozens of anonymous allegations of misconduct lodged against OCBP employees, the county prosecutor's office said.

Jonathan C. Howell, 41, of Marmora, was initially charged last June after a search warrant was executed at his home. At the time, he was employed as a math teacher at Pleasantville High School. The grand jury indictment follows the investigation of claims made on the @ocbp_predators Instagram account, which surfaced in April 2021.

In dozens of anonymous posts, the Instagram account shared stories of predatory behavior and a toxic workplace culture that had gone unchecked for decades in the Ocean City Beach Patrol. The account said it was exposing "the untold stories of pedophiles, predators and inappropriate behavior on the beaches of America’s Greatest Family Resort."

The Cape May County Prosecutor's Office did not release details on the charges against Howell.

In the wake of the allegations, Ocean City hired a labor attorney to conduct an internal investigation of the sexual harassment and abuse claims made on @ocbp_predators.

Multiple posts on the Instagram account referenced two unnamed, older lifeguards who allegedly engaged in a pattern of inappropriate interactions with girls. One former OCBP employee wrote that she had been groomed since she was 13 years old, alleging that the two older lifeguards exposed their genitals to her, untied her bathing suit top and tried to take her under the Music Pier on the beach.

Other posts referred to instances in which beach patrol leadership and local police allegedly were informed about the disturbing incidents, but opted not to pursue them.

The allegations ranged over a number of years, describing instances of OCBP employees allegedly making sexual remarks to minors, inviting them to parties, exposing themselves and in some cases, sexually assaulting them.

The internal probe was led by Vanessa E. James of the South Jersey-based law firm Barker, Gelfand, James and Sarvas. James and her team interviewed members of the Ocean City Beach Patrol and people who made the anonymous posts on Instagram.

The law firm was also asked to review both the city's and the beach patrol's policies, procedures and training in order to make any necessary recommendations for changes. To date, those recommendations have not been made public.

Howell is charged with aggravated sexual assault, official misconduct and endangering the welfare of a child.

Anyone who may have information in relation to the investigation is asked to contact the Cape May County Prosecutor's Office at (609) 465-1135 or submit an anonymous tip online.