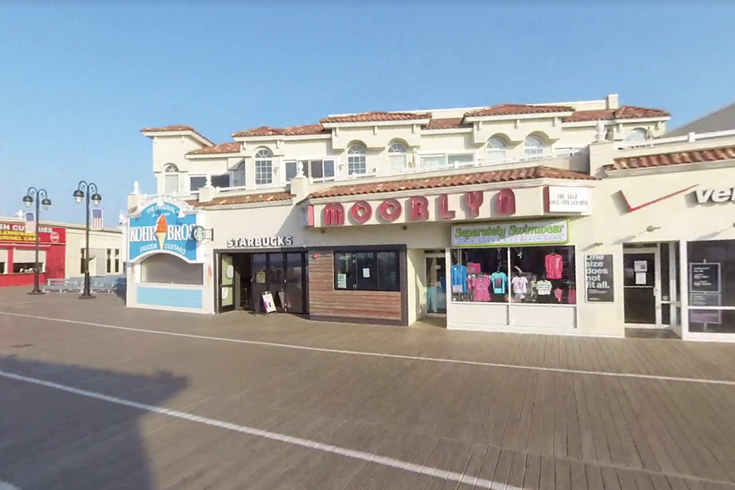 The historic Moorlyn Theatre on the Ocean City boardwalk, which last showed movies in 2018, will be renovated and reopened under new owner Town Square Entertainment.

The Mooryln 4 Theatre on the Ocean City boardwalk, a cinema that dates back 100 years, will be renovated and reopened by the owners of the Tilton Square Theatre in Northfield.

Town Square Entertainment revealed on Facebook that it has acquired the property, which sits between Eighth and Ninth Streets, across from the Music Pier.

"The Moorlyn has long been a dream project for us due to its incredibly rich history in serving Ocean City and surrounding community with entertainment since the early 1900s," Town Square Entertainment owner Brett DeNafo wrote. The company also owns the Ventnor Square Theatre in Ventnor and the Harbor Square Theatre in Stone Harbor, which opened in 2016.

We at Town Square Entertainment are overwhelmingly pleased to announce that we have purchased the MOORLYN 4 THEATRE in...

The building was purchased for $1.3 million after several other redevelopment efforts failed to materialize, DeNafo told the Cape May County Herald. The location most recently showed movies in 2018, when it was still owned by the Frank Theatres chain.

"We know and respect that the Moorlyn is an Ocean City landmark, and we want to make sure we do things right. For example, we're going to bring back the iconic Moorlyn marquis neon sign," DeNafo told the Herald.

The renovated Moorlyn Theatre will have four screens and seating for up to 800 people, with a capacity of about 200 hundred per screen.

The Moorlyn Theatre building opened in 1905 as a Moore's Bowling Casino, becoming one of the first big attractions on the Ocean City boardwalk, according to CinemaTreasures. It went on to become a 1,600-seat theater in 1922. It survived over the decades under changing owners until it was purchased by Frank Theatres in 1989.

DeNafo told the Herald that care will be taken to ensure the building is structurally sound and that repairs are made to areas of the building that need attention. A timeline for the reopening of the theater has not yet been determined.

Next summer, Town Square Entertainment also plans to open a movie theater in Rio Grande that will feature a bowling alley, restaurants, an arcade and a golf simulator.