ICONA Resorts, whose presence at the Jersey Shore is expanding, reportedly offered $6.5 million for the property 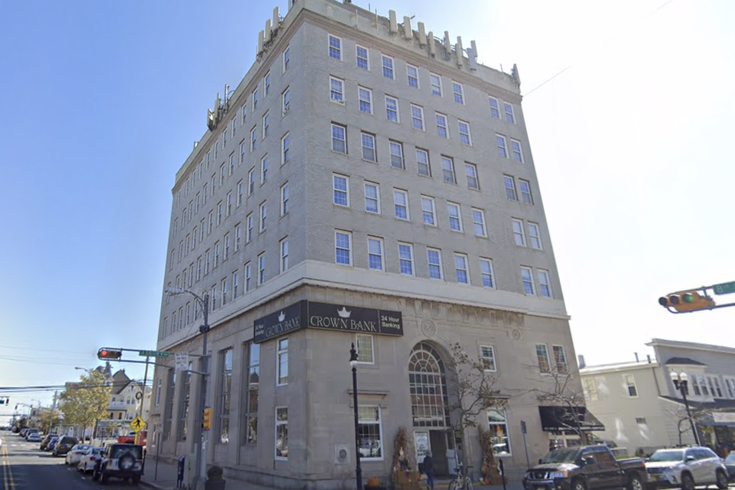 ICONA Resorts has interest in acquiring the seven-story, former bank building at 801 Asbury Ave. in Ocean City, New Jersey. The developer seeks to renovate the property as a hotel.

One of the tallest buildings in Ocean City may be redeveloped into a luxury hotel by ICONA Resorts, which operates several Jersey Shore beachfront properties.

The seven-story building at 801 Asbury Ave. is currently occupied by the Second Chance Boutique thrift store and the Law Offices of Meghan J. McCormick Hoerner, but most of the office space in the building is unoccupied.

The current owner is in bankruptcy and requested to sell the property earlier this month. It was listed for sale at $7 million.

ICONA Resorts CEO Eustice Mita told the Press of Atlantic City that the hospitality company had signed an agreement with the trustee of the property to purchase it for $6.5 million.

The proposed sale would include a parking lot behind the building, Mita said. ICONA Resorts would then invest $15-$20 million to redevelop the property to accommodate a ground floor restaurant and retail space. The building, which covers 33,440 square feet, was last renovated in 1994.

Approval of the sale must come from bankruptcy court in Camden, and ICONA resorts also would need a use variance from the city.

The building was constructed in the mid-1920s to serve as the First National Bank of Ocean City. It also formerly housed a Crown Bank.

ICONA Resorts has two beachfront properties in Avalon, three in the Wildwoods and two in Cape May. The company also is a part owner of Gillian's Wonderland Pier in Ocean City and has several restaurants in New Jersey.

Whether ICONA Resorts' purchase goes through may be impacted by Ocean City's own interest in buying the property. City officials reportedly have ongoing interest in acquiring the building and may make an offer pending the outcome of inspections.

Mita has pursued ambitious projects in recent years, including a plan to construct a luxury hotel at the former Beach Theatre in Cape May. ICONA Resorts previously purchased and renovated Avalon's landmark Golden Inn, Diamond Beach's The Grand and Cape May's Palace Hotel.