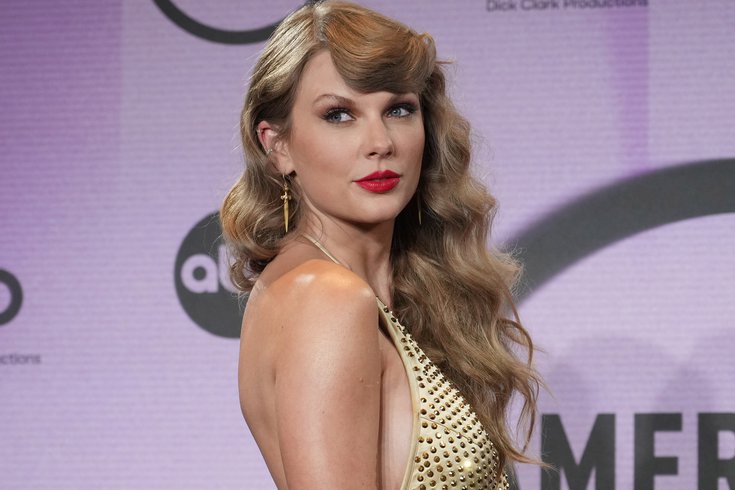 An activist group of Taylor Swift fans filed a complaint with the Federal Trade Commission on Friday over Ticketmaster's handling of the Nov. 15 presale of the pop superstar's upcoming Eras Tour. Vigilante Legal asked the FTC to investigate the ticketing company's 'predatory practices' and misinformation.

A group of Taylor Swift fans has filed a complaint with the Federal Trade Commission about Ticketmaster's handling of the presale for the superstar's upcoming Eras Tour, which erupted into chaos in early November as fans complained of long wait times, expensive resale tickets and the cancelation of a regular ticket sale just days later.

The eight-page complaint was submitted Friday by Vigilante Legal, an activist group that formed last month to organize campaigns on consumer rights and fairness. The group is not a law firm, though four of its members are lawyers. The group has gathered reports from Swifties about their experiences with Ticketmaster and Live Nation events.

The complaint alleges that Ticketmaster engaged in misinformation ahead of the Verified Fan presale, which took place on Tuesday, Nov. 15 at 10 a.m. stadium time. The Verified Fan Program uses a lottery-based system for access, but requires all buyers to fill out identifying information in order to ward off bots. In addition, Ticketmaster promised that those who purchased Verified Fan tickets for Swift's canceled 2020 stadium tour, "Lover Fest," would be offered preferred access to the presale.

Fans were told that their place would be boosted in line during the presale if the email they used for their Ticketmaster account was the same as the one they used on Swift's digital store. Still, many fans from both of these groups did not receive presale codes and were unable to participate in the presale.

Some fans were left in the presale queue for hours, or had their accounts bumped to the end of the line when trying to purchase tickets. According to the complaint, the average wait time for fans was 6 to 7 hours. When fans prompted Ticketmaster's customer service for an explanation, many were told that a promise had never been made, despite the message still being available to view on Ticketmaster's website.

The group alleges that Ticketmaster violated the Americans With Disabilities Act by failing to disclose accessible seats, potentially charging customers more for accessible seating, and failing to adhere to its own policies on venue accessibility. The complaint continues that consumers were unable to differentiate where the accessible seats were, and those who didn't need them inadvertently purchased them.

Ticket holders have created Twitter threads to exchange accessible seats for other seats in an effort to ensure that, despite the mix-up on Ticketmaster's website, everyone has equal access to see the concerts. While the group acknowledges that this is a positive response, it does open consumers up to scams or bad actors selling nonexistent tickets for high resale prices.

"This event has highlighted the fact that Ticketmaster's merger with Live Nation is not working as intended," the complaint said. "In a competitive market, consumers have the option to switch brands, products or services if they are unsatisfied with certain business practices. Under this circumstance, consumers and artists alike are effectively deprived of any market choice to participate in live music and entertainment."

Ticketmaster did not immediately respond to a request for comment regarding the FTC complaint.

Vigilante Legal does not plan to sue Ticketmaster as part of its ongoing campaign to collect information about fan experiences. However, the group has encouraged any fans that reported issues with Ticketmaster to reach out to their state attorney general and urge them to investigate Ticketmaster's "anti-competitive behavior."

Swift initially released details about the Eras Tour on Nov. 1, less than two weeks after the release of her 10th studio album, "Midnights." The album has been lauded as her most successful, and the Reading native became the first artist to take over the top 10 spots on Billboard's Hot 200 chart. The lead single on "Midnights," "Anti-Hero," has been No. 1 on the chart since it was released in October.

Swift will perform three shows next year at Lincoln Financial Field on May 12-14. Since the pop superstar has released six albums since her last tour in 2018, the Eras Tour will utilize music from each stage of her career in order to showcase how she has changed and evolved as an artist over the last 16 years.