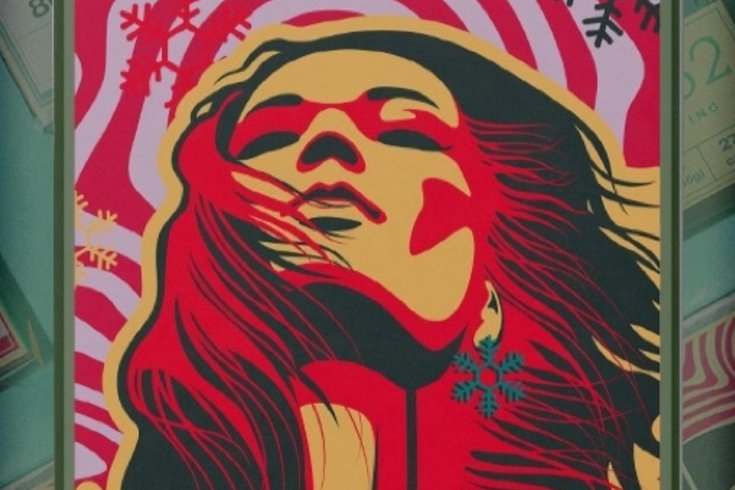 Bar 32's limited-edition holiday chocolate bar, pictured above, doubles as an entry into a drawing for free tickets to Taylor Swift's concert at Lincoln Financial Field on May 13.

Thousands of people had their dreams of attending Taylor Swift's 'Eras Tour' dashed when Ticketmaster's disastrous presale crashed so hard that the regular sale was canceled. But there's still one way to see her May 13 show in Philadelphia next spring, and no, it doesn't involve paying $5,000 to a scalper. You just have to buy a $10 chocolate bar.

The Atlantic City chocolatier Bar 32 is selling a special candy bar that doubles as an entry into a Taylor Swift ticket giveaway.

All 3,000 of the shop's limited-edition holiday bars come with a randomly generated six-digit code inside the wrapper. On Christmas Day, Bar 32 will announce the winning combination on Instagram Live, in a modern twist on the classic Willy Wonka golden ticket giveaway.

For Bar 32 owners Lee Sanchez and Mark Callazzo, that was very much by design.

"Both of us grew up with the movie," Sanchez told PhillyVoice on Wednesday. "So we've always talked about it, we just never really had a good enough idea of what to do it with.

"(But) this truly is the golden ticket. Nobody can get their hands on this thing. Everybody wants it."

The winner will receive two tickets to Swift's May 13 show at Lincoln Financial Field — seats that Sanchez admits even he didn't get in the Ticketmaster presale; he and Callazzo purchased them via a third party. To claim the prize, the winning customer must present the wrapper and a photo ID to Bar 32 by April 1, 2023.

Sanchez said the holiday bars already have proven incredibly popular. Bar 32 has sold roughly 1,000, and expects to sell out the rest within the week. Though the shop has a pretty liberal purchase limit, at 25 bars per person, a few customers have nearly hit it.

"We had a customer come into the store to tell us she had bought 20 bars for all (her) grandchildren," Sanchez said. "And she said, 'I just can't wait until Christmas.'"

As for the holiday bar itself, it's made up of 60% dark chocolate sourced from cacao in Uganda's Semliki Forrest, with some crushed-up up candy canes thrown in for festivity. Bar 32 also will have small-batch spiced gingerbread, mint, peanut butter and Christmas cookie holiday bars available for sale throughout the season — though, as Sanchez jokes, they won't have any winning codes hidden inside.