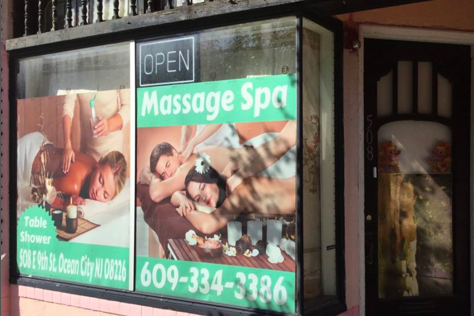 The owner of a massage spa in Ocean City, New Jersey, was arrested last week on charges she was managing a house of prostitution at the business on East Ninth Street, prosecutors said Monday.

Grace Li, 61, was charged with allegedly running the operation at L&G Spa, a parlor that specializes in authentic Chinese pain relief therapy, according to the business's website.

Investigators began looking into the spa in July after receiving information about alleged prostitution taking place there. The probe combined the efforts of Ocean City detectives, the Cape May County Prosecutor's Office and Homeland Security Investigations.

Officials said the investigation revealed customers could allegedly purchase sexual acts from females inside the business.

A search warrant was executed at the property on the 500 block of East Ninth St. on Thursday, Dec. 13. Li was processed and released with a summons pending court proceedings.

If convicted, Li faces between three and five years in prison, prosecutors said.

The investigation remains ongoing and additional charges may be pending. Anyone with information is asked to contact the Cape May County Prosecutor’s Office at (609) 465-1135 or the Ocean City Police Department at (609) 399-9111. Anonymous tips can be submitted through the Cape May County Sheriff's Tip Line.