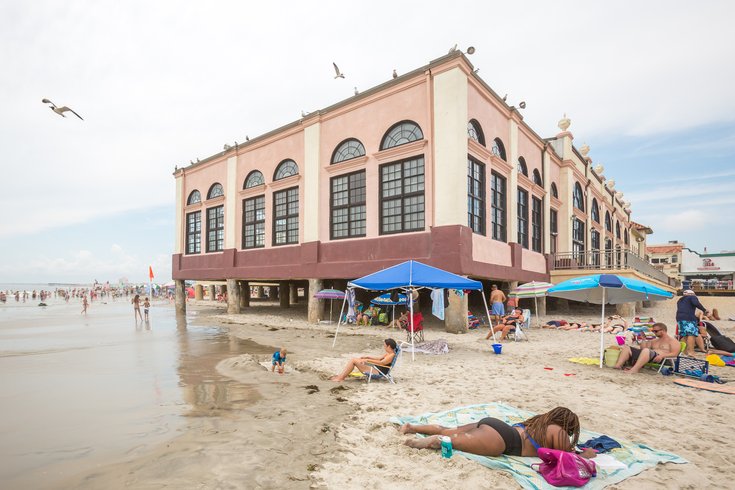 Rising seas along the East Coast of the United States have wiped out more than $530 million in property value in Ocean City, making the Jersey Shore town the hardest hit in a new study on the impact of tidal flooding.

While other economic models of sea level rise have focused on future impact, this peer-reviewed investigation incorporated the already-increased frequency of tidal flooding on coastal properties.

“From Maine to Florida and through the Gulf Coast, we have seen the same phenomenon,” said Dr. Jeremy R. Porter, a Columbia University professor and First Street Foundation statistical consultant “Increased tidal flooding has led to a loss in home value appreciation. We expect this trend to not only continue in the coming years, but to accelerate along with the accelerating rate of sea level rise.”

The study accounted for the impact of the 2008 housing market recession to isolate the impact of tidal flooding, the researchers said. Even though most of the properties in the study increased in value over the 12-year span in question, they did so at a rate far lower than comparable homes unaffected by tidal flooding.

Ocean City far outpaced the rest of the "hardest hit" cities. Miami Beach, which lost approximately $337 million in home values from sea level rise, was the closest city behind the popular shore town.

The finding backs up previous research by Climate Central, which found that Ocean City had the highest number of homes threatened by extreme flooding over the next 30 years.

The study is also the first of its kind to show that nearby road flooding also affects home value, not just direct property-lot flooding.

“This is critical information for people in coastal areas because it contextualizes the cost-benefits of personal and municipal adaptation measures,” said co-author Stephen A. McAlpine, head of data science at First Street Foundation. “It also empowers people to make informed decisions when buying or selling a home.”

Pennsylvania had the lowest tidal flooding impact on home values among the 17 states in the study, with total losses of $10,148,959, including $1,584,766 in Philadelphia and $3,042,366 lost in Bristol. While these values are higher than some in the top 20, the losses were weighted to determine the "hardest hit" cities.

“Flooding is the costliest natural disaster in the United States,” said First Street Foundation executive director Matthew Eby. “FEMA is the gold standard when it comes to Americans understanding their flood risk, yet FEMA’s flood maps are fundamentally wrong. First Street Foundation’s home value research is the first step toward our goal of providing accurate, meaningful, and comprehensive flood risk information to every American.”