'The Office' is officially leaving Netflix and everything is not okay 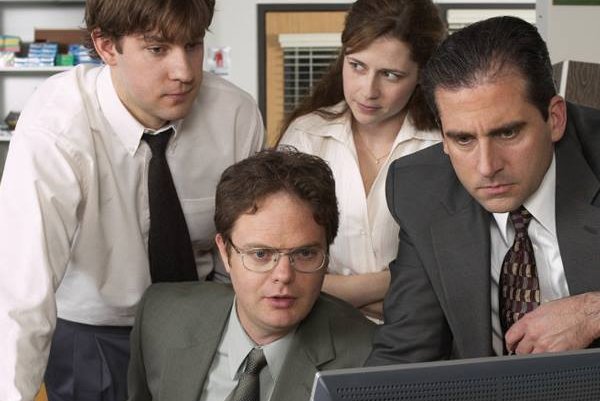 "The Office" will move to NBC's forthcoming ad-supported streaming service, expected to launch in 2020, NBCUniversal announced Tuesday. NBC will hold the rights, to what is now Netflix's most watched show, exclusively for five years.

According to CNBC, Netflix offered to pay up to $90 million a year for the rights, but NBC topped the streaming giant with a $100 million bid.

“The Office has become a staple of pop culture and is a rare gem whose relevance continues to grow at a time when fans have more entertainment choices than ever before,” said Bonnie Hammer, chairman of NBCUniversal direct-to-consumer and digital enterprises, in the statement. “We can’t wait to welcome the gang from Dunder Mifflin to NBCUniversal’s new streaming service."

But you still have some time to binge watch your favorite show without ads. The show won't be leaving Netflix until January 2021, so it's not the end of the world just yet.

The show, which premiered on NBC in 2005, has grown a dedicated audience on Netflix's streaming platform. It was NBC's highest-rated, scripted series for multiple seasons. It also won five Emmy awards, including for outstanding comedy Series.

Netflix responded to the news of "The Office" leaving and, well, it seems like they're just as sad as the rest of us.

Fans were pretty upset by the news, like Michael-Scott-having-a-meltdown upset.

Netflix: “we are sad to announce that of January 2021 the office will no longer-“

The Office is leaving Netflix pic.twitter.com/AsJU6OMDfe

they’re really taking the office off netflix in 2021 pic.twitter.com/Nxr5PSy3ah