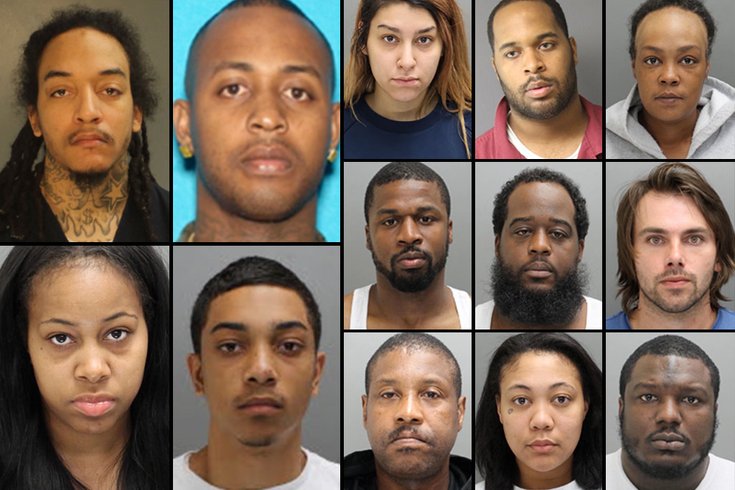 Sixteen members of an alleged drug trafficking ring have been charged with crimes in connection with the shipment of opioids, concealed in stuffed animals, from California to Montgomery County, prosecutors announced on Tuesday.

Beginning in February, multiple law enforcement agencies participated in the dismantling of the organization allegedly led by 29-year-old Amir Green, of Ardmore.

The oxycodone pills allegedly were concealed inside stuffed teddy bears and bunny rabbits and then shipped in the mail, as were other drugs including marijuana, fentanyl and THC vape cartridges.

The investigation was led by the Upper Merion Police Department, which received information from federal authorities that Green and others were possibly using a King of Prussia apartment complex for drug trafficking. Further investigation revealed the group allegedly rented luxury apartments at locations in Norristown, Chadds Ford and Exton as well, also using fake identities.

The following individuals also were charged as a result of the investigation:

Warrants have been issued for the following individuals, who remain at large:

Preliminary hearings for all defendants arrested are scheduled for July 10.

"This corrupt organization headed by Green was responsible for putting thousands of Oxycodone pills — opioids — onto the streets of Montgomery County since 2018, thereby fueling the opioid-heroin-fentanyl experience we are experiencing," District Attorney Kevin Steele said. "All of this poison is killing residents of Montgomery County and other communities in the region. Those that traffic this poison need to realize it's not worth it because we are going to keep investigating, arresting and holding accountable those responsible."