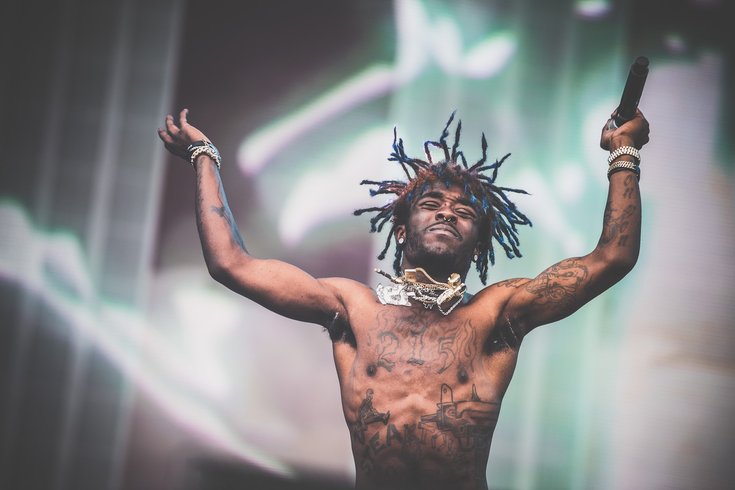 Lil Uzi Vert, seen here performing at the 2018 Made in American Festival, admitted in a fan video on Tuesday that he doesn't know when "Eternal Atake" will be released.

If you want to be confused about an album release, you should read all of our coverage of Lil Uzi Vert's forthcoming project, "Eternal Atake."

Earlier this month, fan videos showed the Philly rapper saying that his highly anticipated album would come out in two weeks. This news followed a lot of back-and-forth drama with Lil Uzi's record label, Generation Now, and some other false starts.

Uzi takes a long pause, thinks it over and then says: "Um, I don't know, honestly."

The rapper has intermittently talked about "Eternal Atake," teasing its release with two singles, leaked tracks, and lots of different timeframes.

In April "That's a Rack" and "Sanguine Paradise" dropped. And the same month, fans got a sneak peek of even more tracks when hackers released multiple songs on a crowdfunding site. He also tried to drop "Free Uzi," which was taken down shortly after release due to copyright issues.

There's been a lot of public drama with his record label and producers, so the album might just be tied up in red tape again. TMZ reported that Uzi felt "exploited" financially and artistically by Generation Now — which was started by Philly's DJ Drama under Atlantic Records — and has either been unable or unwilling to release project, despite it reportedly being finished.