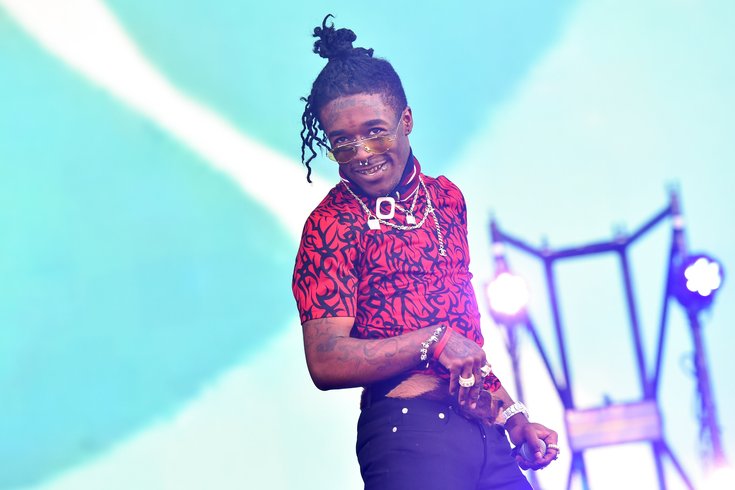 Lil Uzi Vert, above seen performing in London, teased that he'll be releasing his album "Eternal Atake" in two weeks.

The Philly rapper has been promoting this album for what seems like lifetimes, but Uzi may have just given a legitimate timeframe for when it'll drop.

In a video originally posted to Reddit on Tuesday, a fan asked Uzi Vert if the album is coming soon, and he responded with "two weeks."

The last time the rapper talked about his latest project was last month at the Rolling Loud Miami Festival. In between songs, he told the crowd that "Eternal Atake" was finally finished.

"I ain’t gonna lie, the other night, I finished the last song to the album. Are you ready for my album?!" he said.

In April two singles expected to be on the album, "That's a Rack" and "Sanguine Paradise," dropped. That same month, hackers were leaking tracks off the record via a crowdfunding site, which supposedly pushed back the release date.

Uzi also tried to release a single "Free Uzi," but it was taken down due to copyright concerns shortly after. He's also been going through some very public drama with his record label, who have been giving mixed messages about the album release date.

Release the album, Uzi. It's time.