Officials: $300K worth of cocaine seized at Philly airport 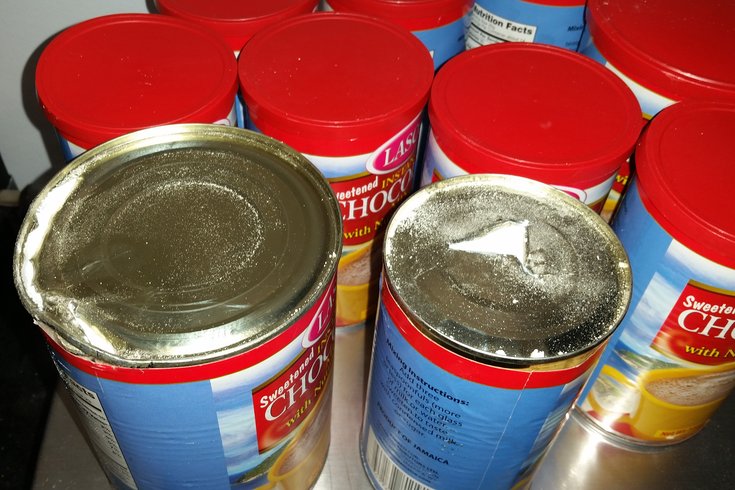 In this photo from U.S. Customs and Border Protection, cocaine can allegedly be seen hidden in cans labeled as chocolate drink powder. These were seized at Philadelphia International Airport in May.

An Upper Darby woman was arrested on May 23 after U.S. Customs and Border Protection officers said they found thousands of dollars worth of cocaine hidden in instant chocolate drink mix cans at Philadelphia International Airport.

According to police, Tiwanda Rechele White-Pinkton, 38, has been charged with possession with intent to deliver, criminal conspiracy and simple possession.

White-Pinkton flew into Philadelphia from Montego Bay, Jamaica, at about 7:30 p.m. on Monday, May 23. Officers examining her luggage inspected two of 10 instant chocolate drink mix cans in her baggage. That is when they allegedly discovered the cans were filled with a white powdery substance, police said in a statement released on Wednesday.

Law enforcement officials allege that the substance field-tested positive for cocaine and that the remaining eight cans also contained a similar substance, for a total of 4.9 kilograms, or nearly 10 pounds, 13 ounces, in the cans.

The cocaine has an approximate street value of more than $300,000, police claim.

“Transnational criminal organizations employ many unique concealment methods to smuggle their deadly drugs into the United States, and Customs and Border Protection officers must remain vigilant to stop these attempts,” Susan Stranieri, CBP port director for the area Port of Philadelphia, said in a statement released on Wednesday. “We’re hopeful that this arrest sends a strong message that CBP officers in Philadelphia remain committed to intercepting illicit narcotics before it can reach our communities.”