Signage at the Old City location wills for more home wins, and owner Han Chiang says the change was his idea 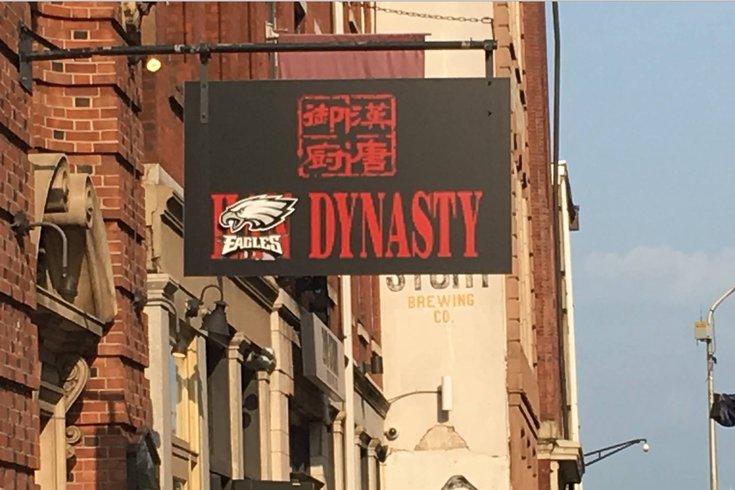 The modified Han Dynasty sign, taken outside the Chestnut Street restaurant on August 28, 2018.

A walk past Han Dynasty’s flagship location on Chestnut Street in Old City recently revealed that someone had strategically placed a large Eagles sticker over the word “Han” on the eatery’s sign, therefore expressing wishes for an "Eagles Dynasty" – that is, more Eagles Super Bowl championships beyond the historic victory last season.

Was the sticker placed by a prankster, vandal, or other type of troublemaker? No, it turns out, it was Han Chiang, owner of Han Dynasty, himself.

When PhillyVoice placed a call to the restaurant, Han got on the phone and said the sticker, on the sign that faces 2nd and Chestnut streets, was his doing.

“My idea – all mine,” Han said of the Eagles sticker.

He went on to joke that “I’m keeping it up until we win two more, so we better win two more.”

Han added that he’s been an Eagles fan ever since he arrived in the Philadelphia area about 10 years ago, and that Eagles players are frequent visitors to the restaurant. Brent Celek, Jason Kelce and Corey Clement are among Eagles who have stopped in many times, he said.

But the Eagles spirit goes beyond the sign. The restaurant is also selling a T-shirt featuring a panda wearing a green football helmet and riding an eagle at its locations. 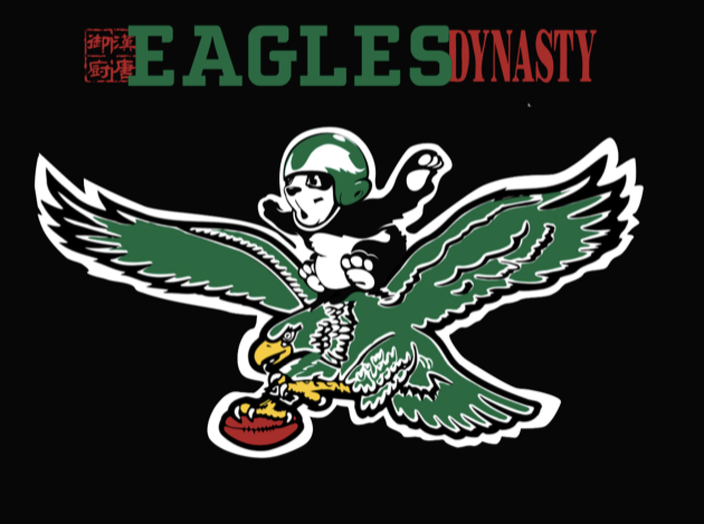 Han Dynasty has emerged in the last decade or so as one of Philadelphia’s most acclaimed eateries, known for its dandan noodles, and other unbelievably spicy dishes that you won’t find on your neighborhood Chinese joint’s menu. There are now nine locations, including three within the city of Philadelphia, and the Old City spot (at 123 Chestnut St.) opened in 2013, after Han moved from a smaller space on the other side of the street.

In that time, Han himself has taken his place as one of the most colorful characters in the local restaurant scene. He drank at Dirty Frank’s with the late Anthony Bourdain on the Travel Channel. He offered up a Trump special, convened a “Kung Fu Cooking Club,” and he even suffered a broken ankle in a scuffle outside the restaurant with a group of what he called “racist f**ks.”

How does Han see the Eagles’ season going in 2018?

“We’re gonna win again, and beat the sh*t out of the Patriots again,” he predicted.

“Or the Cowboys, or whatever, I’ll take it both.”