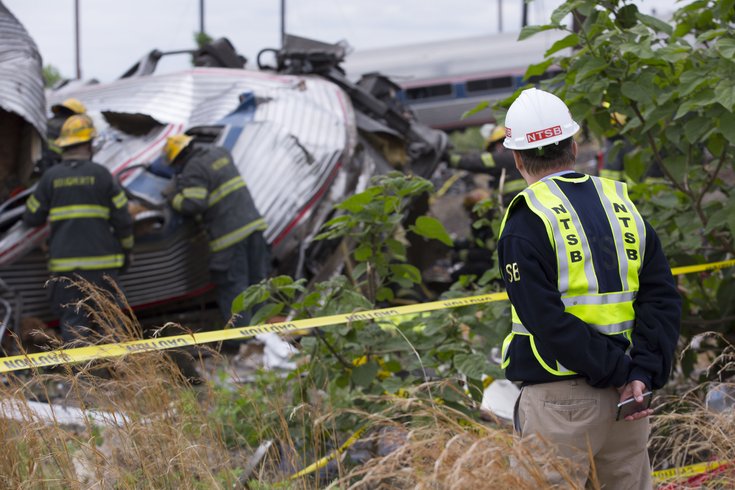 NTSB member Robert Sumwalt on the scene of the Amtrak Train #188 derailment in Philadelphia.

In the wake of the Amtrak 188 derailment, which killed eight people and injured about 200 passengers and crew members, many are questioning the safety of Pennsylvania's rail service.

BigTrial.net questions whether the old Pennsylvania Railroad safety system would have prevented the incident.

According to BigTrial, the old Pennsylvania Railroad featured a system "at the Frankford Junction curve that would have automatically put the brakes on a speeding locomotive."

Bennett Levin, a professional engineer and former commissioner of Philadelphia's Department of Licenses & Inspections, told BigTrial that the old system is still "functionally sufficient" and safe for operation today.

So could the old system have saved lives?

"That's a hypothetical question," Levin told BigTrial in an interview. "'We still don't know why he [the engineer] sped up. But in the normal course of business that system would have countermanded a mental lapse or a distraction' on the part of the engineer."

Four pairs of parallel passenger tracks run through the Frankford Junction complex. Amtrak 188 passengers were riding on Track 1 at the time of the derailment.

Tracks 2 and 3 have been upgraded to a more modern positive train control [PTC] system in place, a system mandated in 2008 by Congress that is costing the railroad industry billions of dollars. According to a congressional mandate, the PTC systems were supposed to be in place by the end of this year.

At one time, all four pairs of tracks had an automatic braking system put in place during the 1920s. The old safety system is still in place and fully functional on Track 4. But that same feature may have been removed decades ago on Track 1.

Transportation safety officials are set to meet Tuesday to discuss their investigation into the cause of the derailment.

Read more at the BigTrial blog.