Talk about product placement: Simone Biles will wear a GK Elite leotard as she and the Americans go for gold 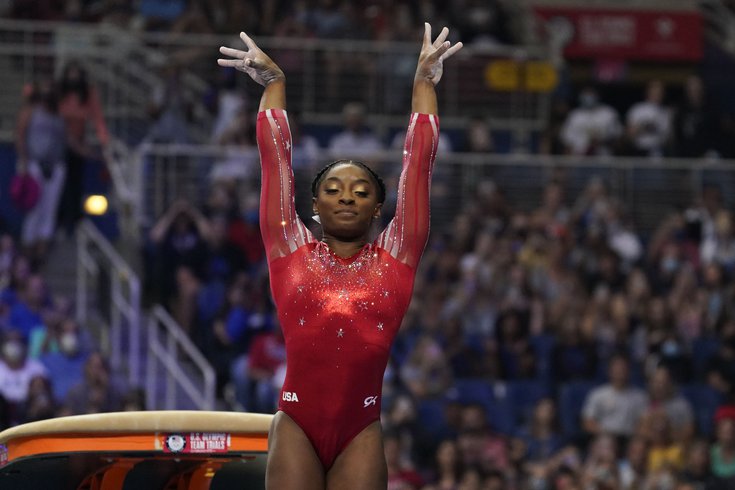 Simone Biles and her fellow Team USA gymnasts will be repping Berks County when they take the mat in Tokyo. Reading-based company GK Elite outfitted the Americans with leotards and other apparel that will be worn during the Olympics.

A little bit of Berks County will take center stage when the gymnasts for Team USA compete during the Tokyo Olympics.

Reading-based GK Elite made the leotards and other gear that will be worn by USA Gymnastics. The company, which will also outfit Olympic gymnasts from Canada, Australia and the Netherlands, is no stranger to the spotlight, but this will be the first time Simone Biles and the Americans wear its products on the sport's biggest stage.

"We are thrilled to continue our partnership with USA Gymnastics as we collaborate to encourage and inspire gymnasts across the world to feel and perform their best," said Girisha Chandraraj, president and CEO of Elite Sportswear. "We are proud to represent Team USA in Tokyo and look forward to cheering on the women’s and men’s teams as they go for gold."

Want to know what the Pennsylvania-made gear will look like? You'll have to tune in to find out. GK Elite said the designs won't be revealed until the gymnasts take the mat. The company did, however, promise "strong design cues that insight a sense of patriotism, strength, and confidence." The women's leotards will also feature thousands of Swarovski crystals, adding a sparkle to every gravity-defying move the gymnasts make.

The GK Elite apparel may also look great on the podium. Led by Biles, the American women are looking for their third consecutive gold in the team competition. The men, meanwhile, are looking to medal as a team for the first time since 2008 in Beijing.

The 2020 Summer Olympics kick off Friday, July 23, in Tokyo and run through Aug. 8. GK Elite said it will sell a limited number of replica leotards and men’s shirts on its website after gymnastic competitions begin in Tokyo.