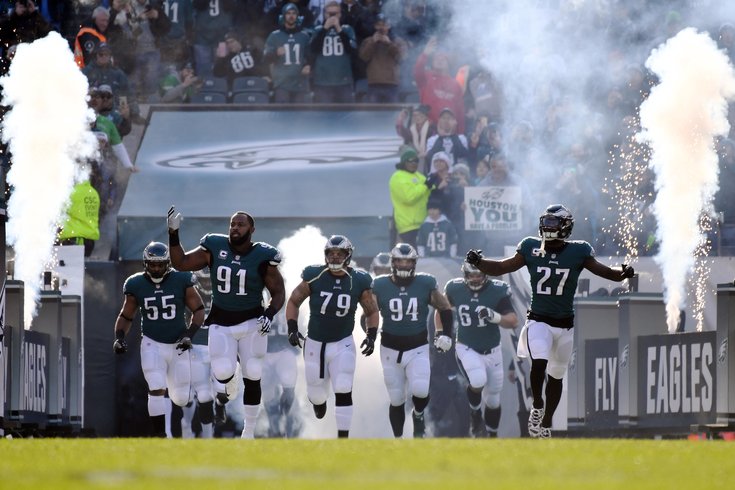 It's No. 91. I was just using a pic of a bunch of good Eagles players so you had to click to see who it is. Boom, got eem.

Cox was an absolute beast in 2018, when he had 46 tackles (12 tackles for loss), 10.5 sacks, a forced fumble, and a ridiculous 34 hits on the quarterback. Here's NFL Network's video of Cox, which includes a clip of him talking smack to George W. Bush. I did not know this existed:

Of course, with only 20 players left to get to, it's unlikely that any more Eagles players will make the cut, which in some cases is laughable. The snubs:

• Malcolm Jenkins: He kept the defense from completely falling apart after the secondary suffered an absurd number of injuries.