The story satirized media coverage of school shootings, but some students didn't see the humor 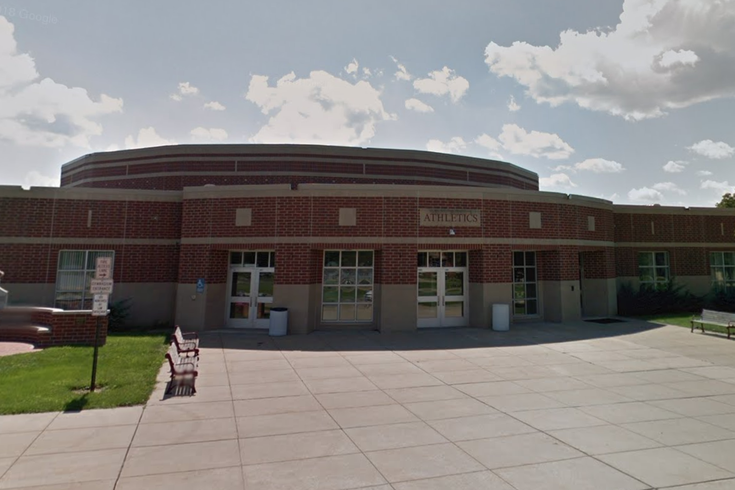 A view of Parkland High School in Allentown, Pennsylvania. An image of the school was used in a satirical story about school shootings, prompting outrage from some students.

An article on the widely-known satirical website The Onion about school shootings this week prompted a police inquiry and minor backlash in Allentown.

The article, which takes jabs as both media coverage of school shootings and national discourse around school shootings, featured a photo of South Whitehall Township's Parkland High School, as a stand-in for a generic high school. The dateline of the article placed the fictional high school in Ohio.

Yet some students, according to the Morning Call, were "distraught" at seeing their school's photo linked to a headline about school shootings, even though The Onion is a popular joke website.

South Whitehall Township police officers interviewed students after the story was published, according to the Morning Call, both to listen to their concerns and to try and determine any possible credible threats against the school.

It's unclear why The Onion chose Parkland High School for the article's lead image, though it's worth noting the school shares a name with Parkland, Florida, the town where a shooting at Marjory Stoneman Douglas High Schoo killed 17 people last year.

According to the Morning Call, the school district attempted to contact The Onion with a request that the photo be removed from the website. As of Friday afternoon, the photo is still in use atop the story.

Reaction to the story on social media was mixed.

Some, curiously, were outraged because of the photo choice, despite the story pointing out problems with the United States' approach to guns and school safety:

You shouldn't be posting pictures of schools that have nothing to do with a school shooting. This is my school and this article caused outrage and many upset teenagers. This is ridiculous

Why don't you use a picture of your own high school next time so you can scare YOUR closest friends and family instead of a bunch of strangers from eastern PA, okay? Thanks🙃

Others were confused by the story, and thought it was real:

And others understood the satire, but lamented the country's normalization of school shootings:

This is the second timethe onion has used a school I’ve attended for a school shooting article. The first time was from our legit UCSB vigil. I love satire but I hate America. https://t.co/ZLDANAObP8

For context, The Onion has been publishing satire in one form or another since 1988, and as of 2009 The Onion's website was racking up 45 million pageviews per month. When you google the term "news satire", a screenshot of The Onion's homepage appears in the Google Answer Box.