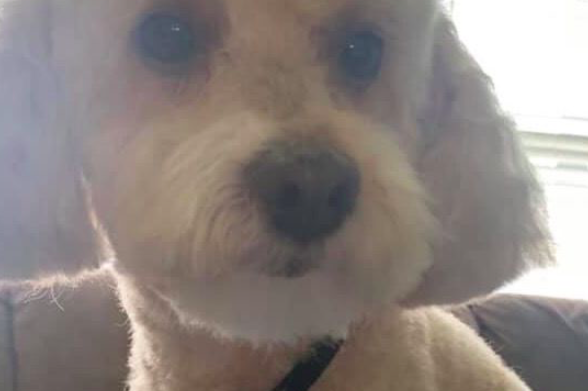 Toby, a pom-poodle, was severely injured after getting out of his family's yard in Maple Shade, New Jersey on Sept. 17, 2019. Authorities in Burlington County are searching for the person who attacked the dog.

A severe head injury that led to the euthanization of a family dog has authorities in Maple Shade searching for the person behind the Tuesday evening attack.

Prosecutors in Burlington County said a neighbor of the family on Greenwood Avenue found Toby, a male poodle, howling in pain some time between 5:30 and 6:30 p.m.

Police were contacted the next day by the dog's owners, who said that Toby was put down after he was taken to a local animal hospital. The dog was found to have severe brain damage resulting from an object lodged in its head, according to police.

Amber Cook, the granddaughter of Toby's owner, launched a GoFundMe campaign seeking help with medical expenses incurred in the family's efforts to save the dog.

"My grandfather is a veteran and this dog was not only his best friend but also helped with his PTSD and depression," Cook wrote. "Toby was the sweetest little dog in the world. There are no words to describe how much he meant to our family."

Cook added that she believes "some psychopath shot (Toby) in the head," though it wasn't immediately clear what kind of object was lodged in the dog's brain.

"The Maple Shade Police Department and our certified Humane Law Enforcement Officers will work closely with the Burlington County Prosecutor’s Office and bring to justice anyone that does kill or injure an animal in Maple Shade," authorities said.