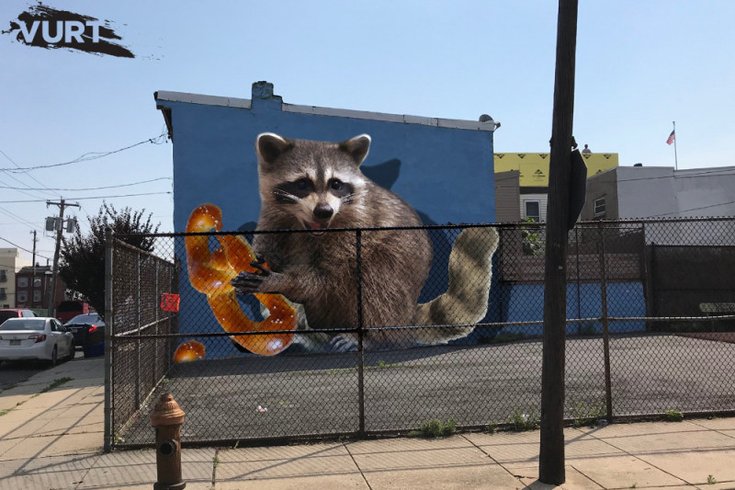 A Port Richmond woman is trying to raise funds to get this mural painted at a playground in her neighborhood.

A woman in Port Richmond is trying to raise funds for what would potentially be the city's quirkiest mural yet.

Natalie Shaak says on a GoFundMe page for the mural that she recently bought her first house in the River Wards neighborhood, and that she's been dismayed by cigarette butts, drug paraphernalia, garbage from the nearby Wawa and other trash found regularly in the small playground at the corner of Webb and Thompson streets.

In order to spruce up the playground, Shaak says she's partnering with V.U.R.T. (Visual Urban Renewal & Transformation), the nonprofit responsible for recently installed murals depicting a squirrel with a SEPTA token and a cat-themed welcome sign to Fishtown.

For the 2500 block of Thompson Street, Shaak is proposing a mural of a raccoon eating a soft pretzel. Her online fundraiser is seeking $4,000, and as of Thursday morning, it had raised a little more than $500.

RELATED: New Philly art installation asks: 'What does it mean to be white?'

The funds will go to paint, supplies and the insurance and permits necessary for the mural.

"Once we raise the initial funds, all additional money will go into the park for repainting benches, adding secure trash recepticles and signage and eventually replacing the broken equipment with items that kids will want to play on," the fundraiser page says.

The fundraiser page says the goal is to raise the money by mid-September so it can be painted later that month.