New to the Rittenhouse restaurant lineup 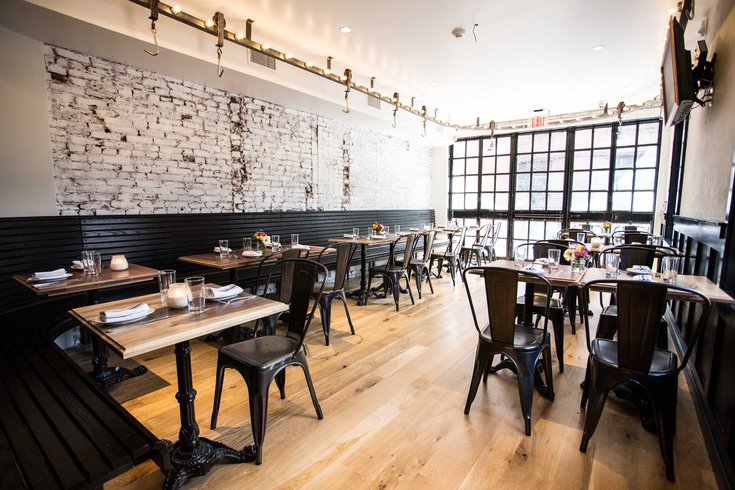 Inside the downstairs dining room at Butcher Bar, located at 2034 Chestnut St.

The Rittenhouse meats-heavy restaurant, at 2034 Chestnut St., will open its doors on Friday, Sept. 2. As previously reported, it pays homage to old-school butcher shops – only instead of an open case of meat, there's an open kitchen with a grill, a "cleaver collage" on the walls and a meat hook that hangs from one of the dining rooms.

"We wanted the feeling of walking into a butcher shop, as if getting ready to cook a meal at home," Stephanie Altes, Butcher Bar's director of operations, told PhillyVoice.

There are two dining rooms in the restaurant: one upstairs, seating 30 people, and another downstairs that also seats 30. A bar located near the entrance seats an additional 16 people. Outside of the kitschy meat decor, the aesthetic is standard fare. 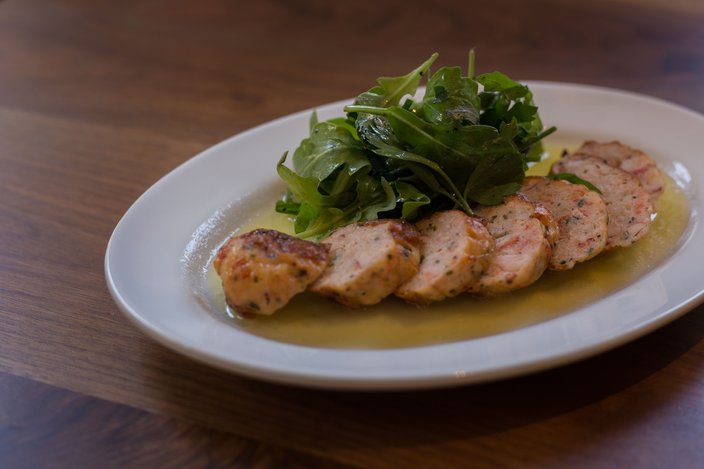 The 'seafood mousse,' a sausage with lobster, scallops and shrimp.

The highlights of the menu are meatball- and sausage-oriented – four unique meatballs, four sausages. Among the "mother-approved" meatballs is "The Greek" with lamb, feta, Kalamata olives and tzatziki, as well as a "The Hipster" meatball (if you can call it such) with eggplant, mozzarella, marinara, Parmesan and parsley. On the sausage side of the menu: a spicy Italian sausage flavored with Yards IPA, stewed peppers, onions and horseradish, along with a "seafood mousse" sausage with lobster, scallops and shrimp in a lemon butter sauce.

Notably, it's not all meatballs and sausages: Butcher Bar's chefs Evan Turney and John Strain grill up a rotisserie chicken, a ribeye, boar ribs and more. Standouts among the snacks and starters are a house-made beef jerky – skirt steak flavored with a chipotle-honey marinade – and a "sloppy Joe poutine," which is exactly what it sounds like. You can also, if you dare (or, more likely, are part of a large party), order "The Trough" 24 hours ahead of time. The meat-a-palooza meal consists of rotisserie chicken, assorted sausages, a grilled skirt steak, a rack of ribs, kabobs, smoked bacon, short ribs, house-cut fries and a grilled pita — all for $250. 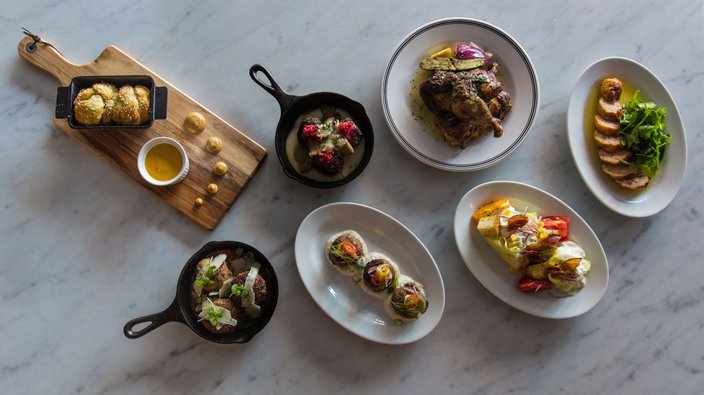 A collection of plates at Butcher Bar, opening Friday, Sept. 2 in Rittenhouse.

Meats are sourced from Pat LaFrieda meats in New Jersey. Altes said the goal was to create a meaty menu that can "appeal to everybody," while pointing out there are vegetarian options on the menu, like "The Hipster" meatballs and other sides, salads and a rigatoni house pasta.

The bar will be stocked with 18 beers on tap, six wines on tap and a whisky-prominent cocktail list. Beverage Director Richard Colli will curate a combination of small-batch bourbons and the usual top-shelf selections.

Butcher Bar will operate every day from 4 p.m. to midnight. Its bar will stay open until 2 a.m. Look for lunch and brunch in late September. 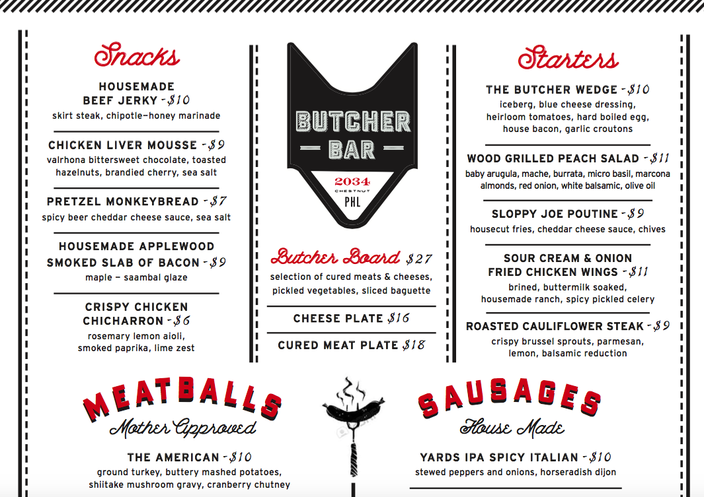 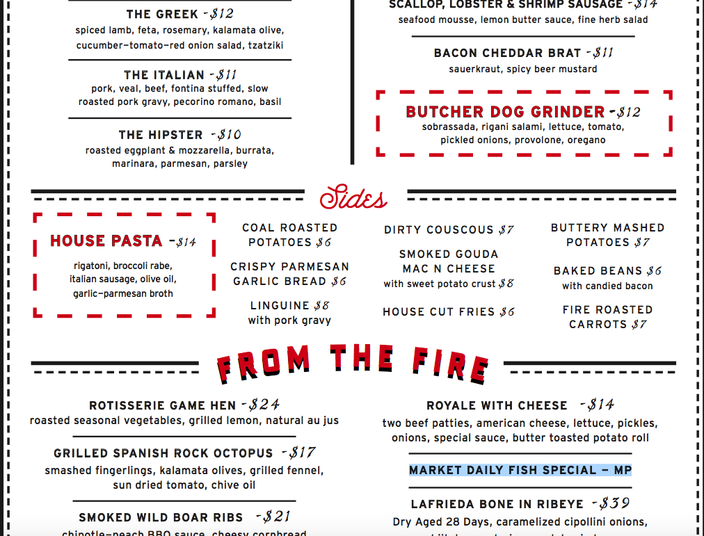