Twelve days of performances planned for 2017 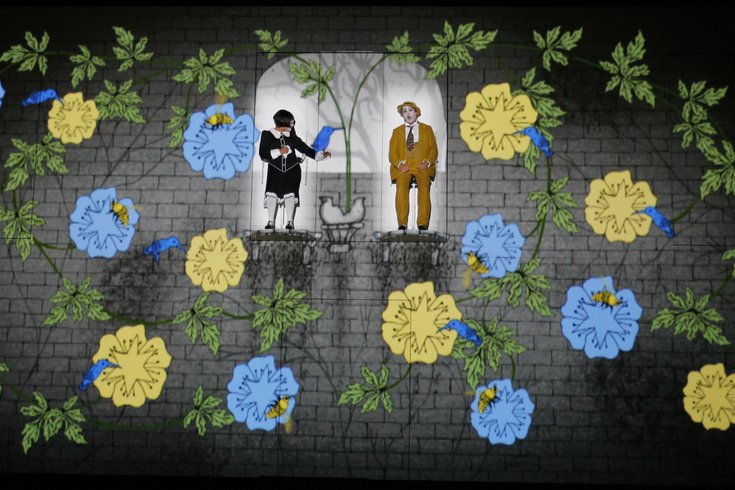 "The Magic Flute" will be among the shows performed during the O17 Festival.

Opera Philadelphia announced Tuesday that it will be launching a groundbreaking festival in 2017. The inaugural event, dubbed O17, will take place across the city Sept. 14-25. The 12 days will be filled with more than 25 performances of seven different shows (including three world premieres) across six venues.

Keeping with Opera Philadelphia's work of bringing the art into the 21st century, the festival will take place every year after O17. That means its new season structure will consist of this new fall festival and a normal spring season with shows in February, March and April of each year, rather than a traditional fall and spring season structure. Its annual Opera on the Mall production will be absorbed into the festival activities. To support it all, Opera Philadelphia has raised $10 million in funds.

The crown jewel of O17 will be its three world premieres. Jack Mulroney Music Director Corrado Rovaris will conduct the performances of "Elizabeth Cree," a chamber Opera by Pulitzer Prize-winning composer Kevin Putts and librettist Mark Campbell, in the Kimmel Center's Perelman Theater.

"We Shall Not Be Moved," by composer Daniel Bernard Roumain and librettist Marc Bamuthi Joseph, is developed out of Opera Philadelphia's Hip H'opera program with local schools. It will be directed by MacArthur fellow Bill T. Jones at The Wilma Theater.

Details of the third world premiere are yet to be announced, as it will be a short commissioned work that will interact with the Barnes Foundation's collection of Impressionist and Post-Impressionist art. The performances will take place in the museum.

Other highlights of the festival include "War Stories," a double bill featuring "Il combattimento di Tancredi e Clorinda" and "I Have No Stories To Tell You," taking place at the Philadelphia Museum of Art. The Komische Oper Berlin will make a special East Coast appearance with "The Magic Flute" at the Academy of Music; this show will also be broadcast at the 2017 Opera on the Mall event.

Finally, the inaugural Festival Artist, world-renown soprano Sondra Radvanovsky, will appear in recital at the Perelman Theater at the Kimmel Center. She'll also conduct a master class with emerging artists during the festival.

Complementary programming, like lectures, receptions and food and drink events, will be scheduled. Ticketing and sponsorship information are yet to be announced.