Performances Academy of Music
by 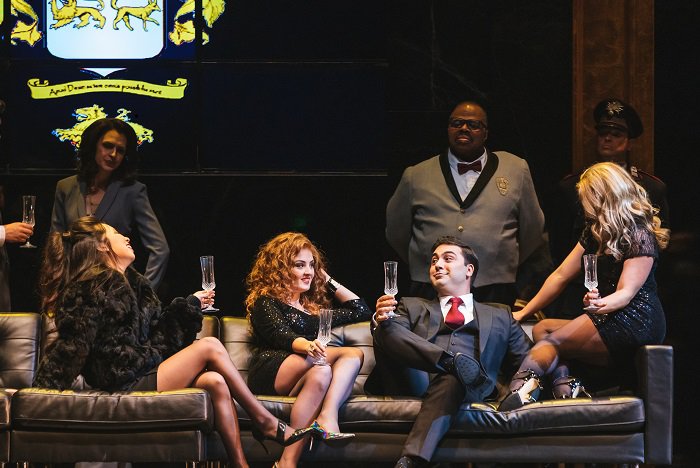 Opera Philadelphia brings fully staged opera back to the Academy of Music for the first time since September 2019 with four spring performances of Rigoletto. Tickets are on sale now.

Long one of the most popular works in the operatic canon, Rigoletto features several well-known arias, including the instantly recognizable “La donna è mobile.” Verdi’s unforgettable tragedy has not been performed by Opera Philadelphia in 15 years, making this new production an extra special event on the region’s spring performing arts calendar.


Adding to the excitement is a cast of rising opera stars making their Opera Philadelphia debuts. Baritone Anthony Clark Evans, lauded for his “stentorian Verdi style” by the Chicago Tribune, makes his company debut in the title role of Rigoletto.

British-American tenor Joshua Blue makes his company and role debuts as the philandering Duke of Mantua.

Baltimore-born soprano Raven McMillon makes her company and role debuts as Gilda, Rigoletto’s daughter. McMillon was recently named one of 22 stars to watch in 2022 by the Washington Post.

In a timely production from New Zealand Opera, director Lindy Hume offers no mercy for powerful men who abuse women and confronts newsmakers of today with her interpretation of Verdi’s classic. Hume has been frustrated by traditional opera’s tendency to celebrate misogyny through its “bad boy” characters.

“If opera aspires to be a future-focused art form, then it must evolve and be responsive to a changing society,” Hume said.

When the stage director created the production for New Zealand Opera in 2012, former Italian Prime Minister Silvio Berlusconi was breezing through a high-profile sex trial. Back then, Hume found inspiration in the controversial billionaire and politician for the Duke of Mantua; Hume’s production is in fact set at the “presidential palace” on election night. Now, presenting this piece for American audiences, Hume acknowledges some may find a similarity between the Duke and certain U.S. politicians.

Opera Philadelphia’s Rigoletto opens Friday, April 29 with four performances running through Sunday, May 8. Tickets are available at operaphila.org or by calling 215-732-8400.