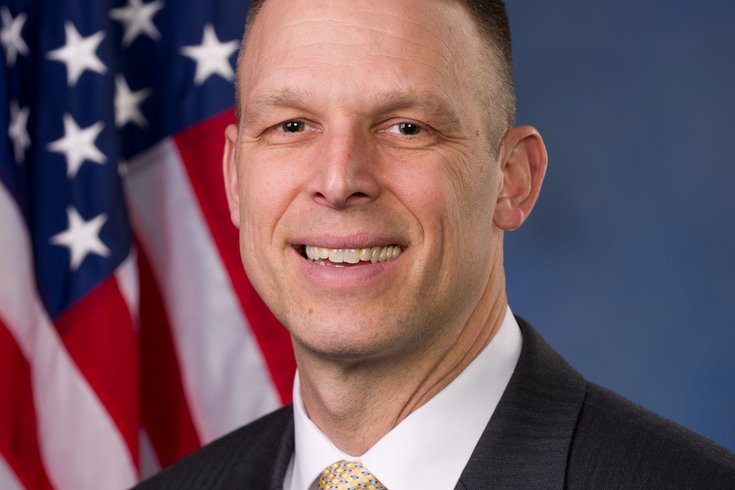 United States Rep. Scott Perry smells a rat in the investigation of the mass shooting in Las Vegas that left 58 concertgoers dead and hundreds more injured on Oct. 1.

In an appearance on Fox News' "Tucker Carlson Tonight" on Thursday night, the Republican from Pennsylvania claimed he was made aware of credible evidence that points to a connection between gunman Stephen Paddock and a "terrorist infiltration through the southern border."

Investigators have said Paddock acted alone when, perched on the 32nd floor of the Mandalay Bay Hotel and Casino, he opened fire on a crowd of people attending a music festival before turning the gun on himself as authorities closed in on his room. He used a so-called bump stock device to turn his semiautomatic weapon into a nearly automatic machine gun, authorities said.

Law enforcement officials have said there is no evidence to support the fringe conspiracy theory that ISIS was behind the attack.

But in a panel discussion with Carlson and Catherine Lombardo, an attorney representing victims of the attack, Perry touted the idea anyway.

"I smell a rat like a lot of Americans. Nothing's adding up," he told host Tucker Carlson, adding that the autopsy report on Paddock has not yet been released.

Perry also claimed he has received evidence of a "possible terrorist nexus," but when pressed by Lombardo to explain what that evidence is, Perry said he couldn't elaborate.

"Recently, I've been made aware of what I believe to be credible evidence, credible information, regarding potential terrorist infiltration through the southern border regarding this incident," Perry said. "Let's face it, ISIS, twice before the attack, warned the United States that they would attack Las Vegas in June and August. Then, after the attack, (ISIS) claimed responsibility four times.

"Meanwhile, the local law-enforcement investigative services are telling us there is no terrorist connection. Something's not adding up."

"Unless you have specific evidence to back that up, it seems a bit irresponsible to make that allegation," Lombardo told Perry on the panel. "If you do have any evidence of that, I'm asking you right now to share it with us and tell us what that is."

Watch the discussion below:

The FBI and Los Angeles Police Department continue to investigate the attack. A full report on the investigation is not expected until the end of the year.

In an update on Friday, Las Vegas Sheriff Joe Lombardo said investigators found child pornography files on Paddock's computer and that the FBI was investigating an unnamed person of interest in the case, according to multiple reports.

Authorities say they do not plan to file charges against Marilou Danley, Paddock's girlfriend.