Sister John Paul Bauer, of St. Mary's, says her hunting hobby is about conservation, not thrills 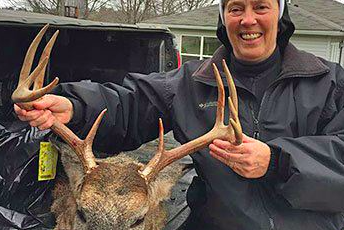 Sister John Paul Bauer poses with 10-point buck she hunted on the first day of the 2015 deer season.

A Pennsylvania nun eager to make the most of the 2015 deer hunting season is facing a major backlash this week after posting a photo on Facebook of the prize 10-point buck she shot from her tree stand on opening day.

Following her habit, Sister John Paul Bauer, of St. Mary's, prayed the rosary for the appearance of deer, and when a herd arrived, she took down the buck and got a photo displaying the 16-inch spread.

Bauer shared the since deleted photo on the Facebook page of the Erie Catholic Diocese. In short order, she drew more than a million views and a slew of comments sharply critical of her apparent violation of God's creation, according to the Independent Journal. 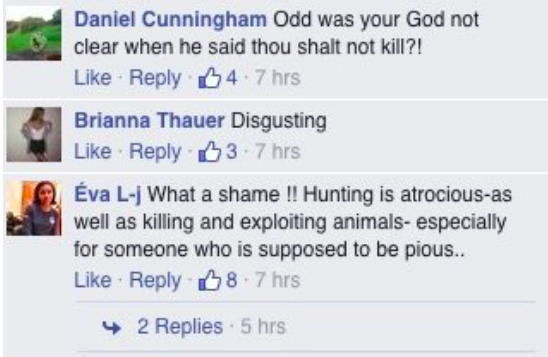 Bauer, a teacher at Elk County Catholic High School, said she was shocked by the response.

“In St. Marys, this is what you do. You go hunting. Everybody goes hunting — the coach, myself, the students,” Bauer said.

The nun, who learned to hunt while serving in the U.S. Navy, defended the shooting as a conservation measure more than a thrill. Without the deer harvest, she said, the population would starve from overcrowding.

An explanation to a question posted on Catholic.com clarifies that while the Church does have firm guidelines on the use of animals for "just purposes," the Church does not officially oppose hunting for sport.

In total, Bauer says she has hunted three deer and a bear since she began the hobby five years ago.