Five people were injured during paintball attacks in Philadelphia earlier this week, and the police are asking the public's for help identifying the two suspects.

The incidents occurred Tuesday night in the Roxborough and Germantown sections of the city, according to the Philadelphia Police Department. Authorities said two unknown males drove around the city in a white minivan shooting unsuspecting people.

The first attack happened around 8:40 p.m. on the 6600 block of Ridge Avenue in Roxborough. The male victim had been walking when he was struck in the stomach and the left leg with paintballs. He was transported to Roxborough Hospital for treatment.

About 45 minutes later in Germantown, another male victim was hit in the head by a paintball on the 200 block of West Walnut Lane. He did not seek medical attention.

The shooters doubled back to Roxborough to commit the final three assaults.

Around 11:10 p.m., a male victim was riding a bicycle along the 6000 block of Ridge Avenue when he was struck in the left eye by a paintball. His injuries required six stitches to close the wound.

Approximately 20 minutes later, a male jogger was hit in the back on the 600 block of Wises Mills Road. He sustained cuts and scrapes to his hands from being knocked to the ground.

The string of incidents ended around 1:35 a.m. in the area of 8100 Ridge Ave. A male victim was shot twice in the chest. He sustained welts to his body but did not require medical attention.

Police describe both suspects as black males between 15 and 20 years old. The passenger was wearing a black hat and black hoodie.

The suspects' vehicle is a white, older-model Dodge or Chrysler minivan. 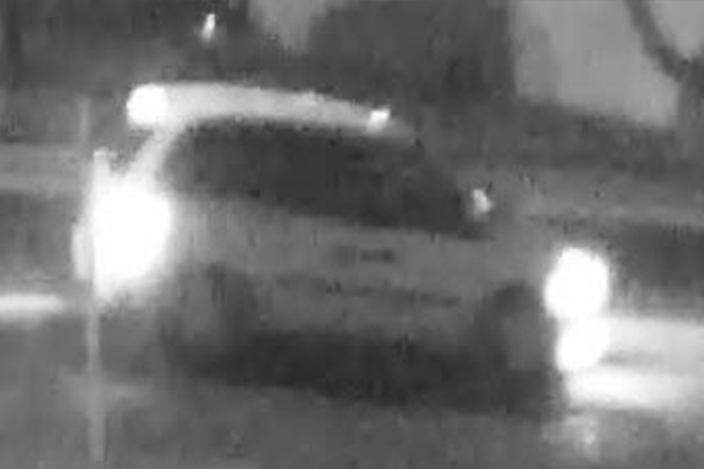