Paramount+ makes its debut: Here's how much it costs and what original programming it offers right now

The platform that replaces CBS All Access will stream the network's shows along with movies, news and live sports 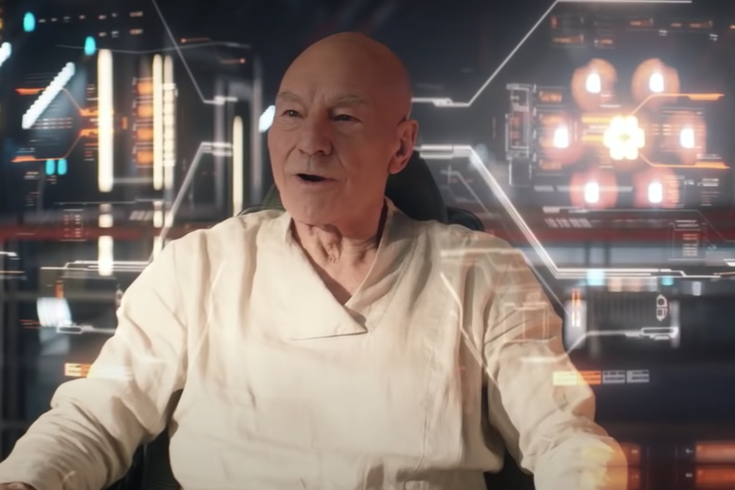 Patrick Stewart stars in the Paramount+ original series 'Star Trek: Picard,' which is available to watch on the streaming service.

Paramount+ officially came to market on Thursday, providing consumers with yet another subscription streaming service to choose from in their binge-watching endeavors.

The newest entrant into the never-ending streaming wars is a rebranded platform that will replace CBS All Access.

Paramount+ features content from the Paramount film studio, Viacom and CBS. The streaming service's library consists of more than 20,000 episodes and movies from CBS, Paramount Pictures, MTV, Nickelodeon, Comedy Central, BET and the Smithsonian Channel, as well as original programming.

Here things you should know about Paramount+, like some of the television shows and movies that will be streaming and how much it will cost.

What TV shows are on Paramount+?

Here are examples of some of the television shows on the streaming platform.

Paramount+'s website provides the entire library of programs on the streaming platform.

What movies are on Paramount+?

Paramount+ promises a bevy of films from Paramount Pictures, CBS, MTV, Nickelodeon, Comedy Central, BET and the Smithsonian Channel. Movie categories range from action and comedy to documentaries and drama, here are some examples from platform's database:

Below is a list of just some of the available movies on the streaming platform.

What original programming does Paramount+ have?

Paramount+ will also have original programming. Below is a list of some of the original shows and movies that are available to stream.

• "Kamp Koral: SpongeBob's Under Years" – an animated series that is a spinoff of "SpongeBob SquarePants" that depicts the original show's popular characters as children.
• "Star Trek: Picard" – the latest series in the Star Trek universe and a hold over from the former CBS All Access platform, it focuses on Jean-Luc Picard.
• "The Twilight Zone" – another CBS All Access hold over. There are two seasons of this reboot featuring Jordan Peele as the show's narrator, but it was announced last week it will not be back for a third season.
• "The Good Fight"– the sequel series to CBS's popular show "The Good Wife" that stars Christine Baranski.
• "Coyote" –  Michael Chiklis plays a former U.S. Border Patrol agent who now helps people enter the United States from Mexico.
• "The SpongeBob Movie: Sponge on the Run" – SpongeBob tries to rescue his beloved pet snail Gary from King Poseidon.

Paramount+ will stream all the CBS News division's daily news broadcasts and its weekly magazine and public affairs shows. There will also be coverage of live sporting events. Here is some of the news and sports programming:

How much does Paramount+ cost?

Paramount+ has two streaming packages to choose from. One offers limited commercial interruptions during shows and costs $5.99 per month. The platform's commercial-free tier costs $9.99 per month, and subscribers to that package can download content and watch offline.

As part of it's debut, Paramount+ is offering a free month to anyone who signs up before March 31. Subscribers can cancel or change plans at anytime, and annual payment options are available, too. Students are eligible for a 25% discount on the streaming package of their choosing.

More information on subscribing to Paramount+ can be found on the streaming service's website.

Which devices support the Paramount+ app?

Paramount+ subscribers can be logged into three devices simultaneously to watch the platform's content. Separate profiles can be created for each member of one's family, including kid-friendly profiles. These are all the Paramount+-supported devices: