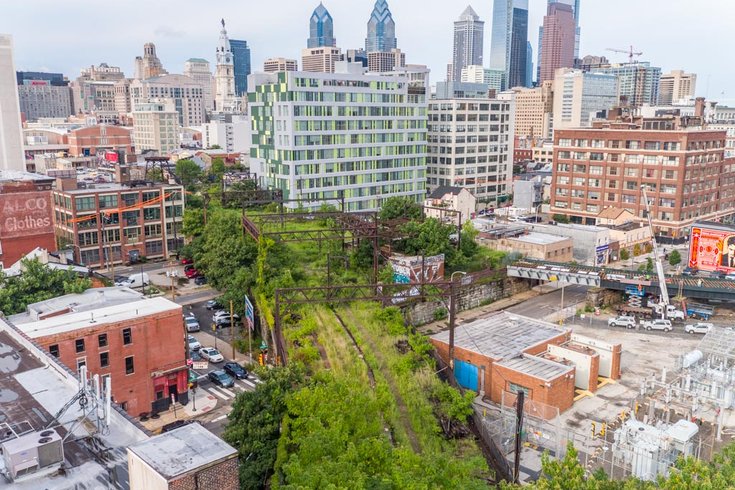 A 10-story condo building approved for construction just behind the Rodin Museum, at 2100 Hamilton St., could bring a reported 33 new living units to the growing Parkway area. Plans for the development, however, conflict with part of the Rail Park, the linear outdoor space being developed to rejuvenate the former Reading Viaduct and echoing the concept of New York City’s High Line.

Once completed, the Rail Park will have three sections: the overhead Viaduct; the Cut, which will weave between streets; and the Tunnel, which will go underground.

Though Phase 1 is set for a 2018 opening, a later aspect of the park could be compromised as the condo project moves forward because both the developers of the condo building and 3-mile linear park are interested in acquiring the same piece of land.

The property, in the city's Spring Garden neighborhood, sits below ground-level, adjacent to the Rodin Museum and near 21st and Hamilton streets. 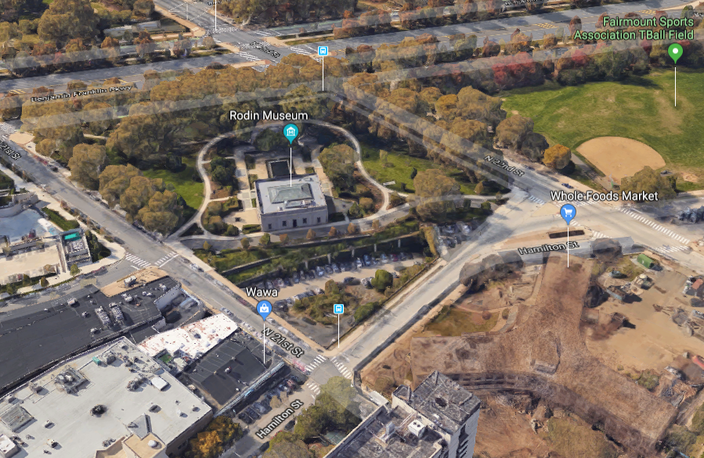 The screen capture above shows the area near 21st and Hamilton streets, adjacent to the Rodin Museum, in Philadelphia's Spring Garden neighborhood. The group developing Philadelphia's Rail Park and developer Tom Bock are interested in the property for separate projects. Bock wants to cap the below-ground area as part of the construction of a 10-story condo building.

The building, which developer Tom Bock received a zoning permit for at the end of March, will be placed alongside a former railway passage that was going to be incorporated in the Rail Park, according to the Philadelphia Business Journal. Construction on the park is currently continuing just a few blocks from 21st and Hamilton Streets.

No official date has yet been announced for the opening of phase one of the Rail Park. Though previously announced with a spring reveal date, Center City district announced earlier this year the opening would be delayed a few months while a pedestrian bridge needed to be replaced.