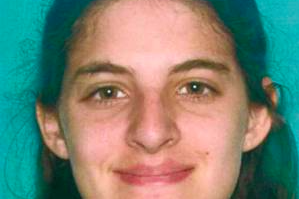 Authorities in Bergen County, New Jersey, have located the body and vehicle of a 22-year-old woman who went missing Thursday night before her car eventually became submerged in the Passaic River.

are seeking the public's help locating a 22-year-old woman with a seizure disorder who went missing Thursday night after she got lost in Maywood.

Devorah Stubin  disappeared following a traffic stop in Maywood while on her way to pick up her brother at a rest stop on the Garden State Parkway, NorthJersey.com reports. She had been pulled over and ticketed for driving without headlights and explained to a Maywood police officer that she was lost. The officer provided directions to her and she told him that she was OK, but she was unable to find her way to the rest stop.

Shortly thereafter, Stubin called her mother to tell her that she was lost in Maywood. Police said that was the last time the family heard from her. She was officially reported missing to Passaic County Police at 12:30 a.m. Friday. Stubin's family and police were particularly concerned because she suffered from a seizure disorder that may have left her vulnerable.

According to ABC 7, officials say Stubin lost control of her vehicle, a gray 1998 Mitsubishi Gallant, and slid down an embankment in Wallington into the Passaic River. The car was located about 15 minutes away from where she was last seen in Maywood after police received a call from a funeral director about a broken fence on his property in the area of the crash.

At the scene, investigators found Stubin's vehicle submerged in more than ten feet of water.

Investigators have not yet ruled out whether foul play may have been involved in the accident.

Anyone with information is asked to call their local police department and Passaic Police Detective Mark Watkins at (973) 365-3932.