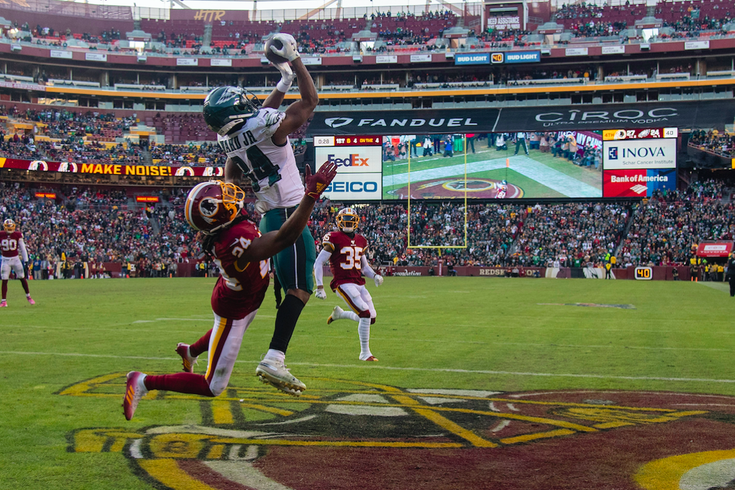 Philadelphia Eagles wide receiver Greg Ward Jr. saved the 2019 season on Sunday with a game-winning touchdown catch at FedEx Field, delivering a feel-good story in a year that's been sorely lacking them.

Players like Ward have illustrious pasts that often get glossed over because they don't immediately translate as NFL prospects.

But that doesn't mean the reigning NFL MVP hasn't taken notice of Ward's success over the past few weeks with the Eagles.

That’s my guy man! Congrats! But im still mad he beat me for the district championship in high school😂😂 #bEastTexas https://t.co/jcQZ89Tnmk

Mahomes is referring to the 2012 showdown between Ward's John Tyler High School and his own Whitehouse High School in East Texas. The game was a de facto district championship between two powerhouse teams who both entered the matchup with respective 8-1 and 9-0 records.

In a game for the ages, Mahomes led Whitehouse to a 24-0 lead over John Tyler in the first half, all but burying them. Ward, a mobile threat at quarterback, helped his team storm back to a 45-38 victory. He passed for 323 yards and 4 touchdowns and added 162 yards on the ground with a fifth score.

Mahomes was also brilliant, throwing for 441 yards and four touchdowns, plus another on the ground. Highlights from the game show the talent both players displayed at a young age.

The next year, Mahomes led Whitehouse to a 12-1 record and a title, marking the best season in the school's history before he went on to Texas Tech.

In NFL terms, there couldn't be a greater disparity between MVP of the league and undrafted free agent who switched positions and finally landed on a regular season roster. The acknowledgement from Mahomes just goes to show the level of respect that exists at this level and the impressiveness of Ward's journey to making a real NFL impact.

All these years later, Ward just wants a Mahomes jersey.