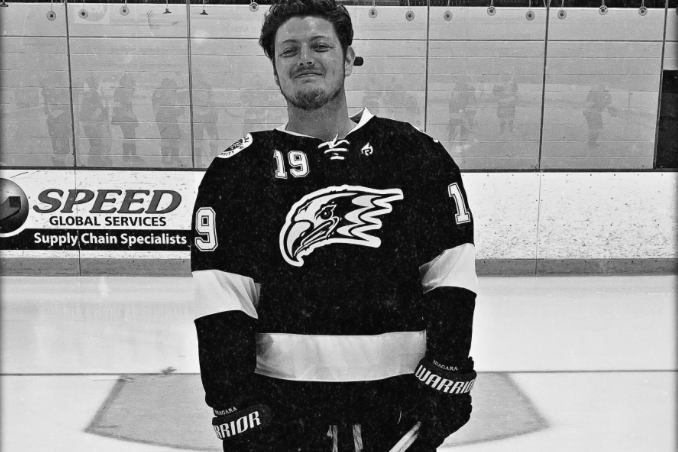 Patrick Romano, 23, died in a house fire in Niagara Falls on March 27, 2021. Romano was a native of Toms River, New Jersey and was a standout hockey player.

Patrick Romano, 23, was killed when flames broke out at a Niagara Falls property on the 1400 block of Wyoming Avenue just after 5 a.m. Firefighters said it took two hours to get the blaze under control.

Romano was a junior at Niagara University and played on the school's Purple Eagles club hockey team. He was in the university's sport and recreation management program.

"This news is devastating to our entire university community, and words cannot express the pain that we are feeling, or the emptiness that Patrick’s passing leaves for our students, faculty, staff and administration," Niagara President James J. Maher said in a statement. "Together we are deeply saddened by this tragedy."

In a statement provided to News 4 in Niagara Falls, Romano's coach called him, "the heartbeat of the Niagara University ACHA Men’s Division 1 Ice Hockey Program."

Prior to attending Niagara, Romano was a varsity hockey player at Toms River High School East in Ocean County.

In college, he assisted with the production and streaming of Purple Eagles athletic events that were broadcast on ESPN.

"We have been in touch with Patrick’s family, and we will continue to offer any support to them that they may need," Maher said. "I ask that we embrace one another, our Niagara family, with the support that is needed at this time."

Romano was remembered during a Palm Sunday Mass at Niagara's Alumni Chapel.