Pedestrians, cyclists take back the road in second #PhillyFreeStreets 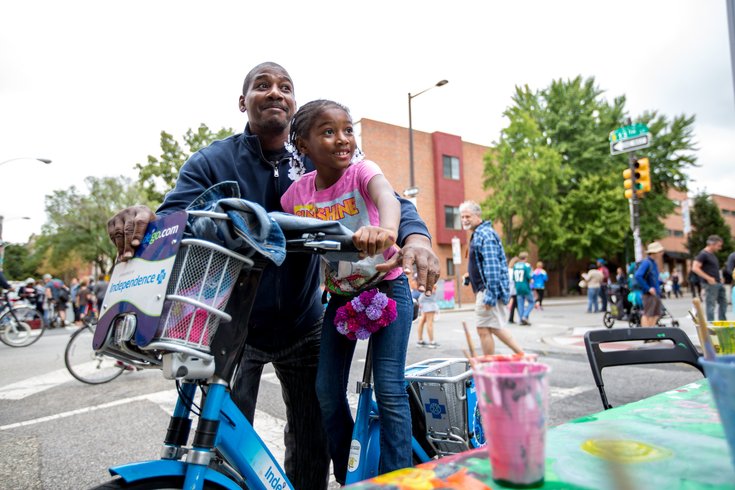 Saturday marks Philadelphia’s second round of Philly Free Streets, giving a large swath of the city a break from cars as pedestrians and cyclists can enjoy temporarily-closed streets.

After debuting in 2016 by closing parts of South Street, this year’s Philly Free Streets stretches from Third and Chestnut streets all the way to Fairhill at Fifth and Indiana streets, comprising a total seven miles.

In anticipation of the event, city officials even partnered with the Knight Foundation and the software company responsible for Pokémon GO, encouraging people to explore the neighborhoods available during Philly Free Streets by offering prizes to gamers who visit all the PokéStops stationed within the open area.

“People argue about parking all the time… We just want to deemphasize the car for a few hours in a given day so people can enjoy being out here and being safe.”

The event began at 8 a.m. Saturday morning and lasts through 1 p.m.

Start #PhillyFreeStreets on the right (or left) foot with a power walk with Mayor Kenney! The walk begins now at S. 3rd and Chestnut St.! pic.twitter.com/tPthiXcDtE

Protected bike lane pilot on 4th not an actual proposal but should be. Certainly wide enough #Phillyfreestreets pic.twitter.com/VqYInvuR5w

My kids experiencing #Fairhill for the first time. They love it! #PhillyFreeStreets pic.twitter.com/xEi6zyzgOz

Any city that has a Boyz 2 Men Pokéstop is legit in my book. #pokemongo #phillyfreestreets pic.twitter.com/qOZoUIMav3