Penn cancer doc rocks to his own beat as band's bassist 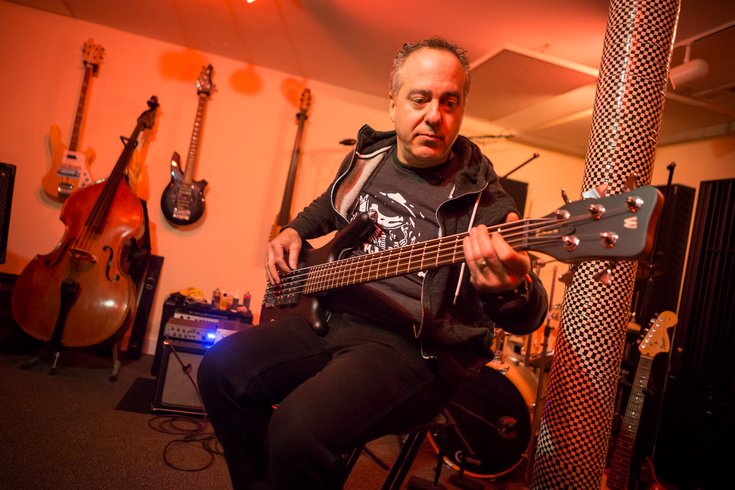 Dr. Robert Burger, a gynecologic oncologist with Penn Medicine, plays a Rage Against the Machine song on his Warwick 5-string bass in the live room of 2 the Cat Records studio in Jenkintown, Montgomery County. "Being a part of N.E.D. allows me to combine the worlds of medicine and music together and allows me to justify all the hours I spend working on my music," he says.

No stranger to band life, he plays for packed venues and spends days in the recording studio banging out new music with N.E.D., a rock band that makes original music. Off-stage, he is the director of clinical research and the fellowship program in gynecologic oncology as well as professor of obstetrics and gynecology at the Hospital of the University of Pennsylvania.

He also feels at home in the hospital, treating patients and doing research. While the rock-n-roll life might seem worlds away from his work as a cancer doctor, for Burger it's all connected. The band, after all, writes songs to empower women and give them hope.

FORGING HIS OWN PATH

Growing up, Burger loved music, learning to play the electric bass, double bass, rhythm guitar and acoustic guitar. He had a scientific, analytic side to him as well. At Harvard University, he studied music while earning a bachelor's degree in biochemistry.

Upon graduation, he looked headed to become a professional musician, but at the same time he had great interest in medicine and cancer research. He had a big decision to make.

"I had the opportunity to play music at a high level," he says, "but I chose a path that would allow me to play music as an avocation and be able to serve people in a way that I thought would more likely be successful."

Burger, a Jenkintown resident, went on to attend medical school at New York University and to specialize in gynecologic oncology, all the while making music whenever he could. In addition to playing bass and doing vocals for N.E.D., he runs a professional recording studio, 2 Cats Records, which helps younger artists without resources get their music produced.

Burger joined the band, which is composed of musicians who are oncologists and surgeons hoping to break the silence around ovarian and cervical cancer, in September 2016 when its bassist stepped down. 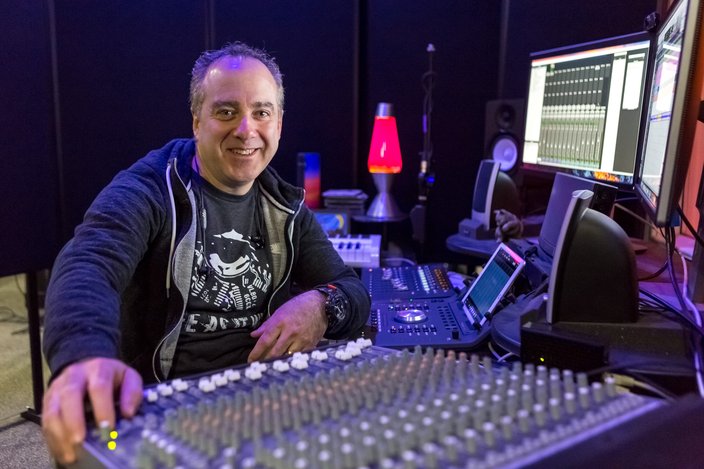 Burger sits at a sound mixing board in the control room of his studio. Upon graduation from Harvard University, he nearly chose a career in professional music. Instead, he chose to go to medical school.

The band, which describes its music as adult alternative rock, performs original songs with universal themes to support cancer awareness, education and research. N.E.D, which stands for No Evidence of Disease, is a nod to their regular jobs – it's what a cancer doctor might say to indicate that a patient is in remission.

Burger said their music is diverse and transcends cancer to appeal to a more general fan base as well. N.E.D. is working on its fourth album and plays about 10 to 20 shows a year.

"Being a part of N.E.D. allows me to combine the worlds of medicine and music together and allows me to justify all the hours I spend working on my music," said Burger, 55.

With band members in different parts of the country, they maximize their time together to rehearse and create new music.

When working on a new album, each band member lays down tracks at their local studio – Burger does so at 2 Cats Records – and does some independent editing. Then, everything is sent to a producer in New York City.

Burger's favorite thing about performing is the energy that the audience generates. He said there are certain cities like New York City that they have a strong following and are guaranteed a packed venue. For him, nothing is better than seeing the audience getting swept away by the emotion in the songs, dancing and singing along with them.

To find out where you can next hear N.E.D. play, visit their website.