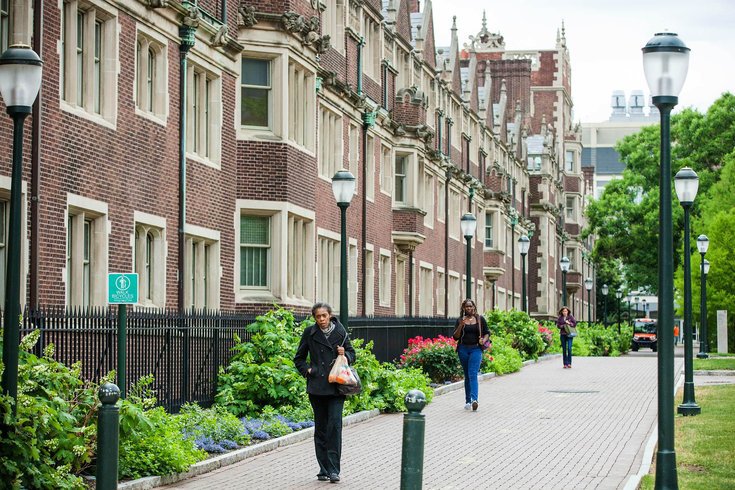 Robert Schuyler, a professor of anthropology at the University of Pennsylvania, is facing calls for his job after he gave a Nazi salute during a virtual conference of the Society for Historical Archaeology on Jan. 6, 2021.

An anthropology professor at the University of Pennsylvania could face discipline after he gave a Nazi salute during a virtual conference of the Society of Historical Archaeology last week.

Robert Schuyler, a curator of historical archaeology at the Penn Museum, uttered "Seig heil to you!" and held up his arm during a discussion about the use of virtual sessions in response to the coronavirus pandemic. A full video of the interaction was posted to YouTube by The Daily Pennsylvanian and a clip of the incident was shared on Twitter by another archaeologist who teaches at the University of North Carolina.

⚠️Content Warning: This video contains tactics of harassment and intimidation, as well as a Nazi gesture and language. (4/6) pic.twitter.com/OfgmioSXAf

Schuyler was reacting to remarks from Liz Quinlan, a Ph.D. candidate at the University of York, who discussed the importance of improving accessibility for the SHA conference in the event that it continues in a virtual or hybrid format.

When Quinlan paused, Schuyler requested and was given the floor to ask questions. He largely objected to the notion that the SHA would not plan to hold its 2022 conference in-person in Philadelphia. Quinlan said the plenary session was not the place to discuss that, at which point Schuyler complained about his free speech and flashed the Nazi salute at her.

"To not only be interrupted, but to be spoken to with such vitriol and anger by a senior researcher in my field is demoralizing, embarrassing and deeply upsetting," Quinlan wrote in a formal complaint to the SHA. "The apparent inclusion of a Nazi salute and reference to a Nazi victory cry, whether done in jest or otherwise, is both enormously offensive and abhorrent."

Penn has initiated a review of the incident to determine the appropriate course of action for Schuyler, a university spokesperson said Monday.

Schuyler told The Daily Pennsylvanian that he used the salute to insinuate Quinlan's interruption was comparable to the silencing of speech that took place in Nazi Germany. The professor began to receive emails from colleagues shortly after the incident, informing Schuyler he should be censored and removed from the SHA.

"Actions have been taken internally to rectify the situation and ensure that a situation like this is addressed in a more timely manner moving forward," the SHA said in a statement over the weekend. "We want to restate that we take this matter very seriously — we admit that with this being our first virtual SHA conference, we are continuously learning and improving our process and we want to reinforce our commitment to making SHA a welcoming environment for all."

We are aware of a recent video showing a professor & curator using a Nazi expression during an online conference.

"It is the antithesis of who we are and what we stand for — an institution committed to the pursuit of knowledge and innovation while upholding values grounded in diversity, equity, inclusion and accessibility," the museum's statement continued.

I just found out about this, and I’m appalled at this behavior. As department chair, I will do my very best to address this. This is not acceptable and not representative of Penn anthropology. My apologies on behalf of the department. Please know that we take this seriously

PhillyVoice has reached out to Schuyler for comment and will update this story if he responds.