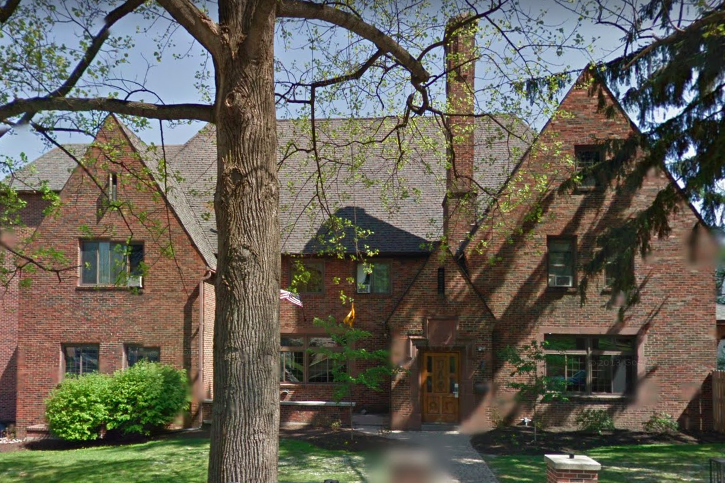 Penn State University's Pi Lambda Phi chapter, shown here, was one of two fraternities to have its university recognition suspended this week for recent rule violations. The national organization that oversees Pi Lambda Phi has also started the process of shutting down the chapter over the allegations.

The university's Delta Upsilon chapter will be barred from taking part in any Greek life activities or university functions as a group through the end of the 2018 spring semester.

The Omega Gamma chapter of Pi Lambda Phi faces the same fate through the spring of 2019, although that chapter could be shuttered altogether, the university said. The national organization that oversees Pi Lambda Phi plans to shut down the Penn State's chapter over the allegations and is working with the university and the chapter's alumni advisers throughout that process, officials said.

Without recognition, the fraternities will essentially cease to exist, the university said.

The announcement comes as Penn State continues to crack down on its Greek life following the widely publicized death of a student after a hazing ritual that allegedly centered around speed drinking.

The university particularly targeted underage drinking during fraternity and sorority functions when it introduced a new set of rules in June.

The Pi Lambda Phi chapter allegedly made alcohol available to guests on three different occasions during social events and "violated the capacity of the fraternity house and the expectations for dry social functions," officials said.

Members of Delta Upsilon organized two socials in three weeks that involved alcohol and underage drinking, the university claimed, adding that the chapter also encouraged alcohol consumption when it held an event called "Fifth and a Friend."

On Friday, prosecutors reinstated felony aggravated assault and involuntary manslaughter charges against eight former members of the now-closed Beta Theta Pi chapter in connection with the death of 19-year-old Timothy Piazza in February.

The 16 charges had been thrown out by a judge in September. In all, 12 former brothers of the fraternity are set to stand trial in the case.

Piazza reportedly fell down a flight of stairs while heavily intoxicated at a Beta Theta Pi party and died two days after suffering a ruptured spleen, a fractured skull and a collapsed lung.

Prosecutors say the brothers were negligent after Piazza's fall and waited 12 hours before calling 911. Defense attorneys have argued that their clients did not act recklessly or maliciously that night and were not directly involved with the engineering student's death.