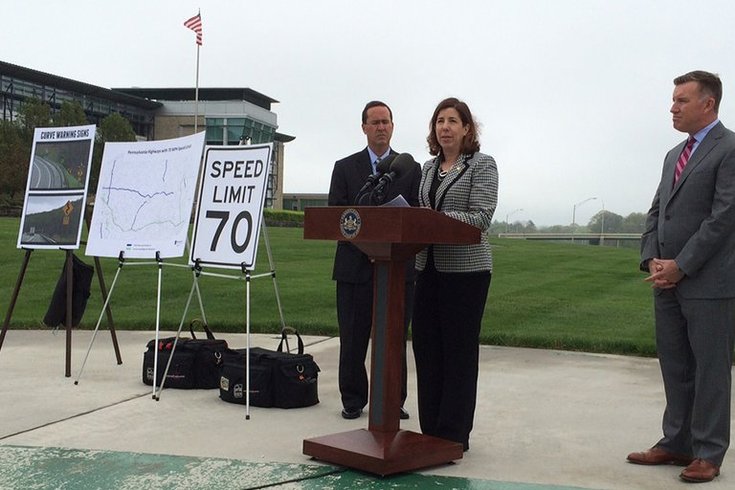 Nearly 1,000 miles of roadway in Pennsylvania will allow vehicles to reach speeds of 70 miles per hour, PennDOT announced Monday.

Road crews will install 70-mph speed limit signs on 396 miles of the Turnpike and 400 miles of other state highways, beginning on Tuesday.

“Before moving ahead, we looked very closely at a number of factors, such as speed and traffic data and the physical characteristics of the highways, in deciding where 70-mph limits could be safely permitted,” said PennDOT Secretary Leslie S. Richards.

Areas that will not see a speed limit increase had crash histories and heavy traffic.

“After we convert the remaining segments of our system, we will have 493 miles posted at 70 mph,” said PA Turnpike CEO Mark Compton. “As a result, Turnpike motorists will see a 70-mph speed limit on almost 90 percent of our 552-mile system.”

The stretch of Turnpike in Bucks County will remain at 55 mph due to its design.

Here's a complete list of roadways affected by the changes: