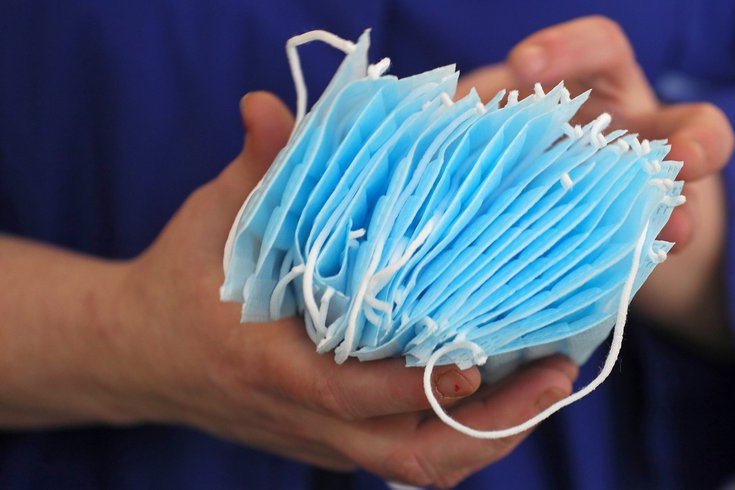 Pennsylvania's COVID-19 school mask order will remain in effect until at least Dec. 8, when the state Supreme Court will hear oral arguments in the case.

Pennsylvania's COVID-19 mask order for all students and teachers in K-12 schools and child care centers will temporarily remain in effect.

The Supreme Court of Pennsylvania ruled Tuesday that the school mask requirement can stay in place until the state's highest court has issued a final decision in the ongoing legal battle.

The state's mandate was set to expire Saturday after a Pennsylvania Commonwealth Court judge ruled on Nov. 16 that the order could not stay in effect for the duration of the appeals process and had to be lifted by Dec. 4.

The Pennsylvania Department of Health filed an appeal last week to the state Supreme Court over the lower court's decision, requesting that the school mask requirement remain in place until a final ruling was issued.

The state Supreme Court granted the appeal, thus vacating the one issued last month by the Commonwealth Court. Pennsylvania's school mask order will now remain in effect until at least Dec. 8, when the state's highest court will hear oral arguments in the case.

"Nothing in this order shall be construed as a position regarding the merits of this appeal," the court wrote in its decision.

"As our top priority remains protecting the health and safety of school children and staff, we're pleased that the Supreme Court has granted the administration's request to extend the stay of the Commonwealth Court's decision while the Supreme Court hears the appeal," the state's health department said in a statement.

The Commonwealth Court initially voided the state's school mask mandate in early November, saying that Acting Secretary of Health Alison Beam had no authority or standing to implement the rule.

The Wolf administration then filed an appeal to the state Supreme Court over the lower court's ruling. The appeal put an immediate hold on the expiration of the state's school mask requirement and allowed the policy to remain in place until there was a final ruling.

But a group of parents and Republican state lawmakers who are suing Pennsylvania over the rule filed an application to have the automatic stay lifted.

The Commonwealth Court granted the request and ordered that the hold end by this Saturday. This would have passed mask-wearing decisions over to individual school districts.

Pennsylvania has planned to end its statewide school mask order in January and turn over such public health decisions to local school districts, which would be permitted to keep mask requirements in place. The decision was made as students ages 5-11 became eligible to be vaccinated against COVID-19.

The School District of Philadelphia has said it will still require students and teachers to continue wearing masks.

Pennsylvania's school mask rule for all students and teachers took effect at the start of the academic year in September, as COVID-19 cases and hospitalizations surged. Students ages 11 and under weren't eligible to be vaccinated at the time.