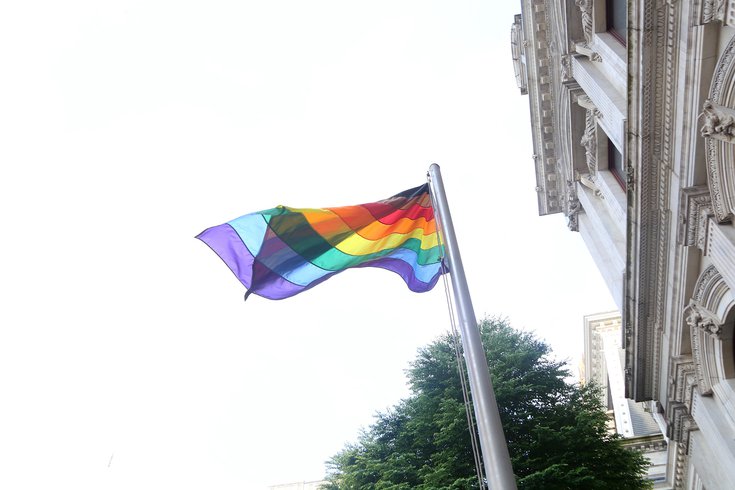 After over a year of confusion and controversy, Philadelphia will continue its celebration of Pride this summer.

A new activist organization aimed at creating a version of Philly Pride that addresses the historical significance of queer activism and identity has scheduled a march for the first week of June 2022.

The PHL Pride Collective has partnered with GALAEI, a North Philadelphia radical social justice non-profit, to revamp the city's pride events. They will be centered on issues and causes relating to QTBIPOC people across the city, according to the organization.

The PHL Pride Collective was formed following the dissolution of Philly Pride Presents, which used to host both the Philly Pride parade and OutFest, the largest coming out event in the United States.
The organization dissolved in 2020 following a controversial now-deleted Facebook post, in which organizers used transphobic language to describe the actions of demonstrators during the 1969 Stonewall Inn Riots, and framing the police who raided the popular gay bar as victims of what is largely known as the birthplace of the modern LGBTQ rights movement.
The PHL Pride Collective recently announced the "Reimagine Philly Pride" initiative, a funding campaign to organize and host an LGBTQ+ Pride March for June's pride month celebration. The intent is to establish the new group in the community as a beacon of activist organization, with a focus on marginalized groups.
Plans to host a march in place of a parade in June 2022 have been arranged, and will honor the legacy of the first Pride march held in Philadelphia in 1972 with activists Barbara Gittings and Jerry Curtis, who sought to unite LGBTQ people in the city under a shared purpose.
A parade is also planned to be held in October 2022, as part of National Coming Out Day celebrations.

PHL Pride Collective did not immediately respond to a request for comment. Organizer Lee Carson told BillyPenn that "June pride has traditionally been more of a march," adding that "It made sense that if we were going to have a parade and a march, that the march would be in June."

The GoFundMe campaign, which was posted on November 19, has a goal of $50,000 to assist the organization. It is co-hosted by the Urban Affairs Coalition, which is a non-profit organization that operates GALAEI.

The organization released a list of principles guiding their mission, which includes 18 points of unity that they say will govern their future planning of Pride events in the city.

Each point focuses on inclusion of all people, centering of marginalized groups, and a focus on harm-reduction strategies including providing resources for those with substance use disorder, as well as safe sex resources available free of charge.

The group met for the first time in person on October 23 to "imagine what Pride 2022 could be," according to the organization's Instagram.

Philly Pride and OutFest were both previously cancelled in 2020 due to COVID-19 concerns. Although a virtual OutFest was organized in 2020, there has not been a Pride event held in Philadelphia since 2019.