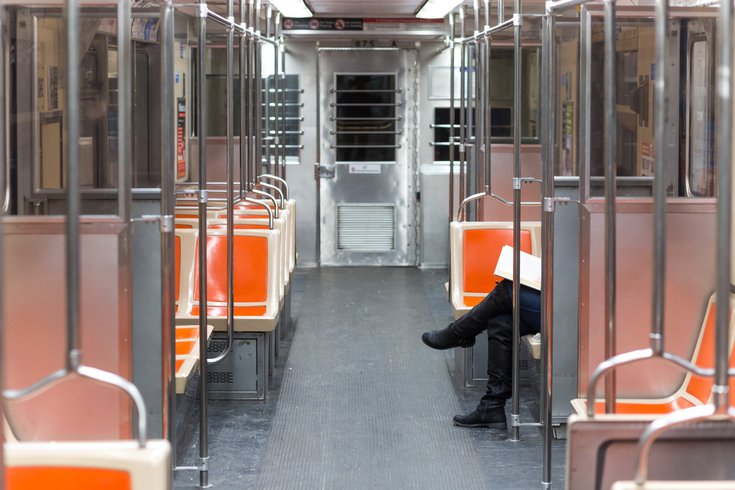 The mother of a Central High School student who was attacked on a SEPTA subway train earlier this month urged transit officials to enact new safety measures as soon as possible during a Philadelphia City Council hearing Monday.

The hearing, jointly held by two council committees, followed several violent incidents on SEPTA vehicles this fall, including a sexual assault on the Market-Frankford Line and the attack of Christina Lu on the Broad Street Line in November.

Yun Lin Chen, Lu's mother, was among several people who testified at the hearing. Lu, 18, was attacked after she intervened in an altercation between groups of Black and Asian high school students. Chen testified as a last-minute replacement for Lu, who was unavailable.

"Usually it takes between three and five minutes for the train to arrive at the next station. However, during those three or five minutes, violent events can happen," Chen said through a translator. "If there was a security guard in the [train] car, my daughter would not have had to intervene."

Chen testified that SEPTA officials told her additional safety measures would be implemented following the attack. She called for those changes to be implemented as soon as possible, noting both of her children have been physically attacked. She encouraged the committee members to imagine how they would react if they were her.

In a video of the incident, which was widely spread on social media, four Black teenage girls could be heard accusing a group of Asian teen boys of attempting to throw them off the train. The tension escalates until Yu attempts to protect the Asian teen boys.

The video then shows Lu being pushed into a train door and onto the ground, where she was kicked, punched and beaten with a shoe. She later got off the subway, found a transit officer, and was transported to Temple University Hospital. The four teen girls later were charged with ethnic intimidation and aggravated assault, among other offenses.

"The object is not to point blame, but the object is to find solutions," Councilmember Curtis Jones, chair of the Committee on Public Safety, said in his opening statements. "Our city depends on it."

"Ultimately, a safe system is one that's heavily used and utilized," Councilmember Helen Gym said. "You can't simply will something into existence, we have to create it."

Gym emphasized the importance of the public transit system, and the severe decrease in SEPTA ridership during the COVID-19 pandemic. She stressed that the city's economic recovery has not necessarily resulted in SEPTA's economic recovery.

SEPTA General Manager Leslie Richards was among three people who testified on behalf of the transit system. She focused on existing initiatives and pilot programs that aim to ensure the safety of riders and SEPTA workers.

SEPTA recently received more than $3 million to expand the program.

"While we're focused on keeping people safe, we do that while assuring that people are treated with respect," Nestel said.

Nestel said a safety plan that exists specifically for high-volume areas on the Broad Street and Market-Frankford lines, but he did not have details on hand during the hearing.

Kevin Bethel, chief of school safety at the School District of Philadelphia, addressed the incidents of gun violence that have occurred outside district facilities over the last several months.

In October, a 13-year-old boy was fatally shot while walking to E.W. Rhodes Middle School in North Philly. And in September, a shooting near Lincoln High School killed a 66-year-old man and wounded a 16-year-old student.

"We have to look at things differently as an organization," Bethel said. He spoke on the recently announced "Safe Path" program, which will pay community members to serve as unarmed patrols during arrival and dismissal times at four city schools.

"We continue to work in an effort to create a safer environment," Bethel said. "We're providing additional eyes and ears supporting SEPTA at the Broad and Olney station."

Other speakers included Brian Pollitt, acting president of TWU Local 234; Omari Bervine and Troy Parham, of the Fraternal Order of Transit Police; and representatives from the Pennsylvania chapter of the National Organization for Women and Philadelphia's Women Organized Against Rape.