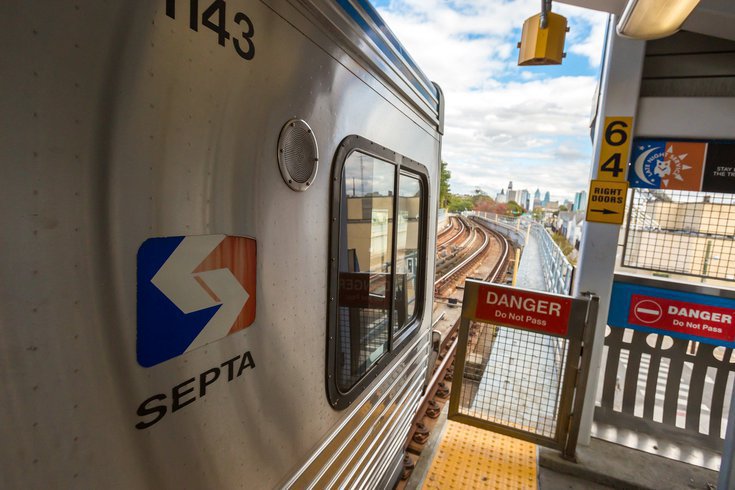 Despite 'misinformation' shared by investigators, Delaware County District Attorney Jack Stollsteimer insisted that none of the people who may have witnessed an alleged rape aboard SEPTA's Market-Frankford Line on Oct. 13 took video of the incident with their cellphones.

The rape of a woman aboard a SEPTA subway last week garnered national headlines over police allegations that witnesses on the Market-Frankford Line train collectively failed to intervene, in some cases allegedly filming the sexual assault with their cellphones instead of calling 911.

On Thursday, Delaware County District Attorney Jack Stollsteimer flatly denied that any witnesses filmed the woman's rape with their phones, calling such claims "misinformation" as he tried to refocus the investigation.

"There is a narrative out there that people sat there on the El train and watched this transpire and took videos of it for their own gratification," Stollsteimer said. "That is simply not true. It did not happen. We have security video from SEPTA that shows that is not the true narrative."

Stollsteimer was joined Thursday afternoon by Upper Darby Police Superintendent Timothy Bernhardt, who had said in the days after the Oct. 13 incident that numerous witnesses stood by as 35-year-old Fiston Ngoy allegedly raped the victim.

The alleged assault, which happened shortly before 10 p.m., only came to an end when a SEPTA employee who witnessed what was happening called an emergency line for transit police to respond.

SEPTA Police Chief Thomas Nestel III, who was not present at Thursday's press conference, said earlier this week that some of the witnesses appeared to be filming the incident.

"I can tell you that people were holding their phone up in the direction of this woman being attacked," Nestel said Tuesday, according to 6ABC.

SEPTA spokesperson Andrew Busch said Thursday afternoon that surveillance video from the subway was turned over to Stollsteimer's office and that SEPTA is not actively looking into the question of whether witnesses filmed the rape. Busch did not say what Nestel might have seen that gave him the impression people filmed the incident.

"We're working with the Delaware County District Attorney. We're all on the same page with that," Busch said. "That's not something SEPTA police are looking at. It's just one of the things we brought up earlier this week in talking about the need for people to step forward."

Stollsteimer characterized the behavior of the SEPTA passengers less harshly, describing a situation that may have been unclear to a "handful" of witnesses who appear to have been on the train car. Stollsteimer said the train car was not very crowded at the time of the rape.

"This is the El, guys. We've all ridden it," Stollsteimer said. "People get off and on at every single stop. That doesn't mean when they get on and they see people interacting that they know a rape is occurring."

Stollsteimer suggested it was possible that people coming and going from the train car were unaware of what had happened previously.

In a criminal affidavit obtained by the Inquirer, Upper Darby police said the victim and Ngoy both got on the subway around 9:15 p.m. Ngoy, a man police described as homeless, allegedly claimed to have recognized the victim and sat down next to her to talk. He reportedly told investigators their encounter was consensual, but the woman informed police that she had never met Ngoy before and did not consent to his alleged sexual advances.

The interaction leading to the alleged assault unfolded over a period of about 40 minutes as the train traveled westbound to 69th Street Terminal, where Ngoy was arrested.

The Congolese national reportedly was in the United States on an expired student visa and had previously pleaded guilty to a sexual abuse misdemeanor from a 2017 case in Washington. He was taken into immigration detention in 2018, but was not deported after his case was reviewed by the Board of Immigration Appeals, which required only that Ngoy comply with supervision requirements from Immigration & Customs Enforcement and the Department of Homeland Security.

Transit police took about three minutes to intervene on the train car after the SEPTA employee called for help, prompting anger from Bernhardt over the difference that could have been made had any witnesses on board called 911 earlier. SEPTA officials expressed the same frustration in the days after the incident.

Stollsteimer strongly rejected the idea that any of the witnesses on the train could be in danger of facing criminal charges. It is not against the law for a witness to avoid intervening to stop a crime in progress.

"What we're trying to do is gather everybody who witnessed anything that night, without fear of being prosecuted, to come forward so we can gather whatever evidence could be gotten from that," Stollsteimer said.

The district attorney's update on the case came after announcement that another man was arrested for an attempted sexual assault Thursday night on the concourse at 69th Street Terminal. In that incident, Stollsteimer said, a witness intervened to help the woman who was in danger.

"I want to make this clear, that's how people are in Delaware County," Stollsteimer said. "When people need help, people help them."

Busch said SEPTA's is priority is to ensure that people who ride on the system report criminal behavior by calling 911. Riders also are urged to report other violations of SEPTA rules using the SEPTA Transit Watch App.

"We're hoping that we're going to start getting more people engaged with that and calling us when they see something on the system that's not right," Busch said. "We want them to call us."