Witnesses who watched the incident unfold did nothing to intervene, investigators said 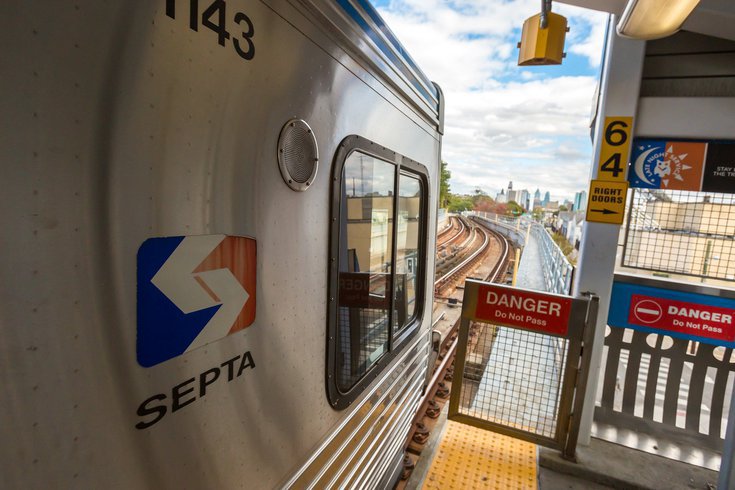 Upper Darby Township police are leading an investigation into a rape that allegedly happened on SEPTA's Market-Frankford Line on Wednesday, Oct. 13, 2021.

A man accused of sexually assaulting a woman aboard SEPTA's Market-Frankford Line earlier this week has been taken into police custody, officials said.

The incident happened around 11 p.m. Wednesday night on a subway heading westbound to the 69th Street Transportation Center.

A SEPTA employee who observed the assault called 911 and transit police officers responded to the station in Upper Darby, where the suspect was taken into custody.

Police said surveillance footage showed the incident happened in front of several witnesses on board the train who did nothing to stop the suspect before the SEPTA employee took action.

"It's disturbing that there were definitely people on the El, and no one intervened or did anything to help this woman out," Upper Darby Township Police superintendent Timothy Bernhart told NBC10.

The suspect has been identified as 35-year-old Fiston Ngoy, a man Bernhart believes is homeless. Ngoy faces rape and assault charges.

The victim was taken to a local hospital to be treated for her injuries, Bernhart said.

SEPTA officials urged passengers to be aware of their surroundings and call 911 to report any crimes they are witnessing.

"There were other people on the train who witnessed this horrific act, and it may have been stopped sooner if a rider called 911," a SEPTA spokesperson said.

SEPTA recently announced the deployment of additional social outreach workers at hotspots for vulnerable populations, including trained personnel assigned to work with transit police aboard the Market-Frankford Line.

In the event of non-emergencies, SEPTA encourages the public to use the Transit Watch app to discreetly report concerning behavior to SEPTA police.

The investigation into the sexual assault is being led by Upper Darby police.