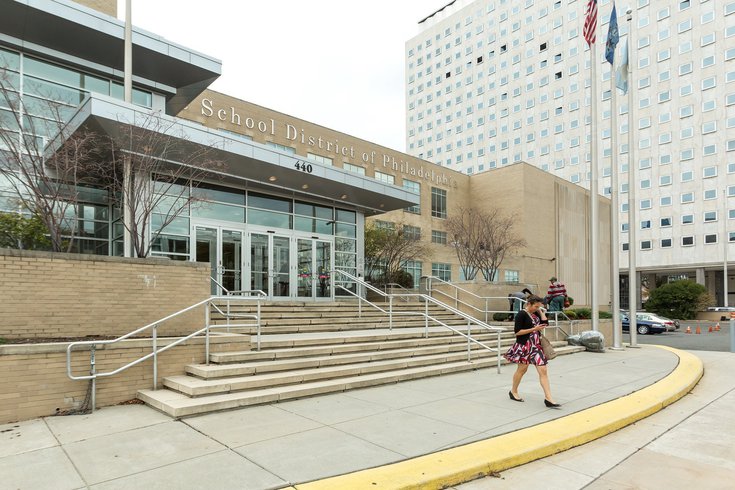 The School District of Philadelphia's new Safe Path program will pay community members to patrol the areas outside schools during arrival and dismissal times.

The Pennsylvania Commission on Crime & Delinquency has granted the School District of Philadelphia up to $750,000 to implement the Safe Path program, which aims to ensure student safety without bolstering the schools' police presence.

The program is modeled after a Chicago program that provides community support to over 160 schools during arrival and dismissal times. It will be implemented at Motivation High School in Southwest Philly, Lincoln High School in Mayfair, William L. Sayre High School in Cobbs Creek and Roxborough High School.

The Safe Path program will enable the district to pay community members and organizations a stipend to ensure that students can arrive and depart school safely and effectively. School communities will work with the district to select organizations that know the schools and students, and can offer a trauma-informed approach to the patrols.

The program was announced last week at a press conference led by Superintendent William Hite and Kevin Bethel, the district's special advisor on school safety. It comes amid a surge in gun violence near Philadelphia public schools.

Bethel, who served as a deputy commissioner with the Philadelphia Police Department before joining the district, said he was particularly disturbed by the increase in violent activity throughout the city.

Last month, a shooting near Lincoln High School killed a 66-year-old man and left a 16-year-old student in critical condition. Earlier in October, a 13-year-old boy was fatally shot while walking to E.W. Rhodes Middle School in North Philly.

District officials hope the Safe Path program will be running by the end of the school year, Bethel said.

The basis for Safe Path

The Safe Path program is based on Chicago Public Schools' Safe Passage program, which was implemented in 2009 after 16-year old Derrion Albert was fatally beaten on his way home from school. A video of the beating caught the attention of local government and media, and resulted in the program.

Similar to the Philadelphia program, Safe Passage hires people from the surrounding community, using individual schools as the hiring managers. All prospective workers must pass a background check, and be able to work 30 hours per week for $14 an hour.

It was implemented throughout Chicago following an uptick in violent crime, similar to the issues raised by families, officials and community members in Philadelphia. as Philadelphia has seen an increase in homicides and gun violence this year, according to city data.

And it seems to work, too. A 2019 study found a 14.3% decrease in overall violent crime after the program was implemented, and a slight decrease in property crime, according to the Chicago Policy Review.

Safe Passage workers also worked to improve attendance during the virtual learning caused by the COVID-19 pandemic, Chalkbeat reported. They sent daily phone calls to homeless students, new enrollees and students transitioning into ninth grade. They made sure they had access to virtual classrooms and reminded them when school was starting.