Rep. Jeff Pyle, a Republican from Armstrong and Indiana counties, later deleted and apologized for the post 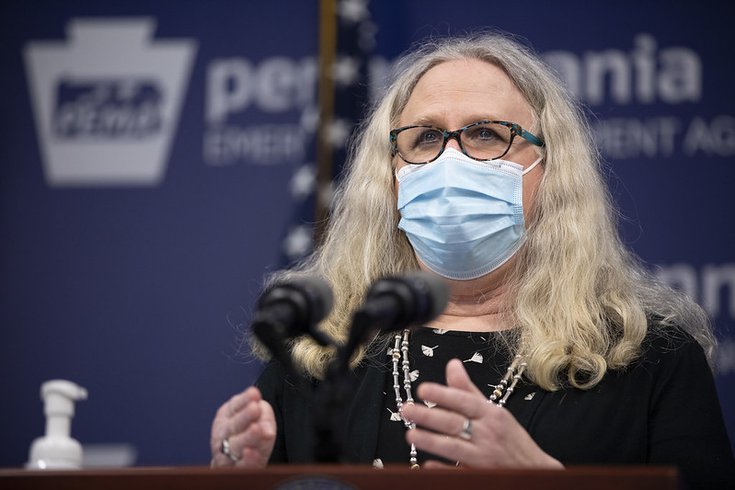 Dr. Rachel Levine is set to become the first openly transgender federal official upon confirmation by the U.S. Senate.

The 56-year-old Pyle, a Republican from Armstrong and Indiana counties who has served in the Pennsylvania House of Representatives since 2005, shared a post on his now-deleted personal Facebook account mocking Levine's appearance.

Pyle, who represents the 60th Legislative District in Harrisburg, took to Facebook to apologize on Saturday. The Western Pennsylvania native insisted that he did not create the offensive post, only that he copied and shared it from another account.

"I had no idea it would be received as poorly as it was," Pyle wrote. "Ten of thousands of heated emails assured it was. I owe an apology and offer it humbly."

"From this situation I have learned to not poke fun at people different than me and to hold my tongue," Pyle continued. "Be a bigger man."

Pyle wrote that Pa. state legislator and House Minority Leader Joanna McClinton, a Democratic lawmaker who represents Philly and Delaware County, explained to him why the post was derogatory.

"I thank the leader for her time and thoughts," Pyle wrote. "I owe her one."

Followers of Pyle's Facebook page called on him to resign, according to the Associated Press. However, Pyle said that he will not resign and would instead focus his efforts on both a community college project and rebuilding the state's economy amid the COVID-19 pandemic.

"I've learned I erred and apologize to all affected," Pyle wrote. "It won't happen again."

"Homophobia and transphobia have no place in the General Assembly or in our commonwealth," Sims wrote on Twitter. "The kind of discrimination & hatred displayed by Rep. Pyle are a direct violation of the public trust afforded to him as a member of the General Assembly."

"By attacking Sec. Levine in this way, Rep. Pyle has perpetuated both transphobia and discrimination against the LGBTQ+ communities which have among the highest rates of civil rights violations and discrimination in the nation, often with deadly consequences," Sims continued.

"State Rep. Pyle has brought the House of Representatives into dishonor and disrepute and until his actions are addressed, he continues to place her, and hundreds of thousands of LGBTQ+ people in the Commonwealth, at risk for further discrimination to attack."

REPRIMAND: As Co-Chair of the LGBTQ+ Equality Caucus I have conferred with my colleagues, members Caucus & the Democratic leadership, and all are in agreement that this discriminatory & dangerous behavior by State @RepJeffPyle must be condemned by House Republican leadership. 1/4 pic.twitter.com/C9Qm0Jdzj3


Rep. Pyle has issued the following statement. Apologies are rare and while I hope that this one also comes with support or at least condemnation of future discrimination, I’m glad to see it. pic.twitter.com/HQLJZCEreC

Pyle has been a vocal critic of Pennsylvania's handling of the public health crisis, specifically the state's shutdowns to contain the spread of the virus, according to the Inquirer.

Meanwhile, Levine has been at the center of Pennsylvania's response to the coronavirus pandemic since the public health crisis began last March.

Levine had served as Pennsylvania's top health official since 2017, when she was appointed by Gov. Tom Wolf. She previously served as the state's physician general from 2015 to 2017.

President Joe Biden has nominated Levine to serve as the assistant secretary for health in the Department of Health and Human Services. If confirmed by the U.S. Senate, Levine would become the first openly transgender federal official.