Here are the Pa., N.J. lawmakers who plan to object to President-elect Biden's Electoral College win

Sen. Pat Toomey, Rep. Brian Fitzpatrick are not expected to vote against the certification of election results on Wednesday 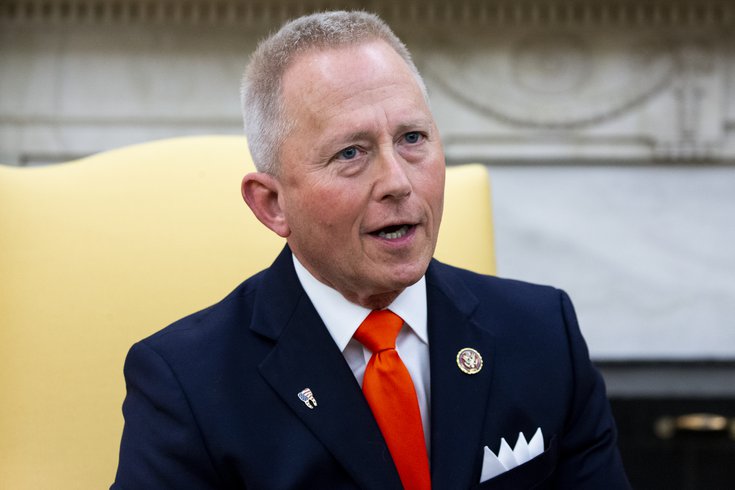 The 117th Congress will convene on Wednesday to officially certify President-elect Joe Biden's Electoral College victory over President Donald Trump, clearing the way for the former to take office on Jan. 20.

While the Democrat majority in the House and the Republican majority in the Senate will vote to certify the election results, several GOP members of Congress plan to object to Biden's 306-232 Electoral College victory over Trump.

Republican lawmakers from both Pennsylvania and New Jersey, two states which Biden won over Trump in November, have said that they will join in the effort to challenge the election results, according to USA Today.

Eight GOP members of Pennsylvania's congressional delegation, all of whom serve in the House of Representatives, will vote to block the certification of Biden's win on Wednesday.

Via a joint statement issued last Thursday indicating their intent to oppose Biden's Electoral College win, the group said that "election integrity is the only way to ensure trust in our elections and it is accomplished by adhering to our Constitution and the law."

Today, I joined other Pennsylvania members of the U.S. House of Representatives in releasing a statement regarding the certification of electors. See below for the full release: pic.twitter.com/FT4MT4jBjG

The lone Pennsylvania GOP congressman who did not sign onto the joint statement is Rep. Brian Fitzpatrick. Fitzpatrick represents Pennsylvania's 1st Congressional District, which covers all of Bucks County and a portion of Montgomery County.

Pennsylvania Republican Sen. Pat Toomey issued a statement on Saturday saying that he will vote to certify the election results, slamming the GOP-led initiative to block Biden's win as an "effort to disenfranchise millions of voters in my state and others."

The Democrat-turned-Republican Van Drew, who represents New Jersey's 2nd Congressional District, told the Press of Atlantic City last week that he "won't be voting to certify the electors."

"It pains me in particular to see one of our own representatives, Congressman Jeff Van Drew, cynically siding with conspiracy theorists and throwing his fate in with the far right’s disproven and crackpot theories," Murphy said. "If that's the legacy Jeff wants, then I guess it is what it is."

Since the election, Trump and many GOP lawmakers have made baseless and unsubstantiated claims of widespread voter fraud. There is no proof or evidence of widespread illegal voting having taken place.

The 11th-hour initiative to stop Biden from being sworn in later this month has earned the backing of both Trump and Vice President Mike Pence. However, Senate GOP leadership has not thrown its support behind the efforts by several senators to reject the presidential election results.