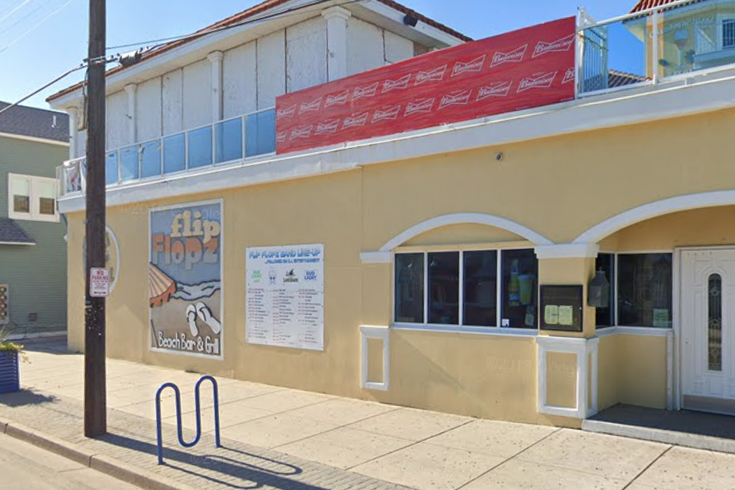 Flip Flopz in North Wildwood could have its liquor license suspended for 66 days after failing to implement social distancing and face-covering requirements.

A pair of South Jersey establishments could temporarily lose their liquor licenses after both were cited for not following the state's coronavirus restrictions on indoor dining service at restaurants and bars.

Among those who have been charged include Bayers Tavern in Gloucester City, Camden County and Flip Flopz in North Wildwood, Cape May County.

“As we’ve said before, we take no pleasure in undertaking these actions, but we’re in the midst of a pandemic and we need everyone in the state to do their part to combat a surge in COVID-19," Grewal said. “We will not allow a small percentage of bars and restaurants that disregard mitigation measures to jeopardize public health."

The Gloucester City tavern could lose its liquor license for 10 days after allowing customers to be served food and drinks while sitting at the bar. Bar seating has been prohibited in New Jersey since November.

The North Wildwood bar could have its liquor license suspended for 66 days after failing to implement social distancing and face-covering requirements. The establishment was also cited for failing to keep an employee list on the premises.

New Jersey has mandated the wearing of face masks in all public indoor settings since June. The only time a face mask can be removed indoors is while eating and drinking at a restaurant dining table. Additionally, all tables must be kept six feet apart, unless there is a partition installed.

“Our enforcement actions are necessary to protect the health and well-being of all New Jerseyans and violators face significant consequences," said James Graziano, the director of the Division of Alcoholic Beverage Control.

Last month, the state announced similar charges and citations against four South Jersey bars for violating COVID-19 restrictions. The state is seeking to temporarily strip those establishments' liquor licenses as well, along with six other bars in the central and northern parts of New Jersey.

The charges came after state and local officials carried out roughly 500 random inspections of bars and restaurants across New Jersey to enforce and ensure compliance with public health measures. Roughly 90% of venues were found to be compliant.