SCI Retreat in Luzerne County, which currently houses more than 1,000 inmates, will close 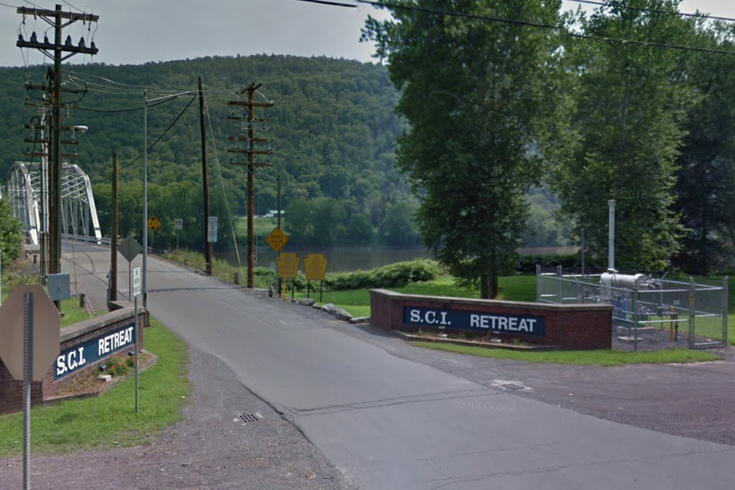 Pennsylvania is expected to close SCI Retreat, a state prison in Luzerne County, as the state's prison population dwindles and budget cuts are needed. The prison houses roughly 1,100 inmates.

Pennsylvania is expected to close a state prison for the second time since Gov. Tom Wolf took office, as the state's prison population continues to drop and budgets tighten.

This time, the prison shutting its doors will be Luzerne County's SCI Retreat, which houses nearly 1,100 inmates and employs roughly 400 people, according to the Associated Press.

Unions representing employees at the prison told State Sens. John Yudichak, Lisa Baker, and John Gordner about the prison's pending closure. A formal announcement from the Pennsylvania Department of Corrections is expected to come in the next few days.

Retreat was one of five prisons targeted in 2017 by the state as potential cost-saving closures. Department of Corrections Secretary John Wetzel said at the time that his department was looking at making "significant reductions" because of its budget forecast. The state ultimately closed SCI Pittsburgh in Allegheny County, but the other four facilities continued operations.

On Wednesday, Yudichak issued a joint statement with Baker and Gordner about the impending closure, along with the closure of White Haven State Center, which provided full-time care for people with intellectual and developmental disabilities. The state senators called the combined moves a "devastating and dramatic blow to the families of Luzerne County":

"The families and communities of Luzerne County will be forced to deal with the loss of nearly 900 family-sustaining jobs and over $100 million in direct, annual economic impact.

"While we understand the constraints and challenges of the state budget, Luzerne County is being asked to shoulder an unfair burden of responsibility for balancing the budget."

The state's prison population is currently around 48,000, according to the AP, down roughly 4,000 inmates from seven years ago.