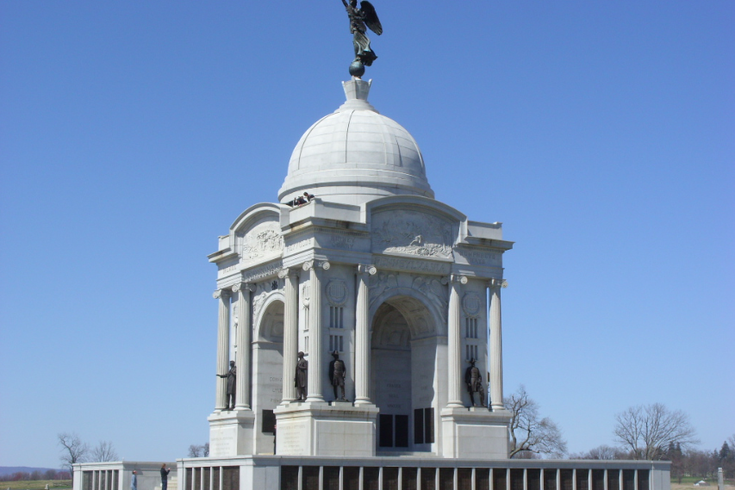 The day that any news outlet can credibly report the arrival of extraterrestrial life on Earth will either be a time of great celebration or the beginning of the end of the world.

Until then, we'll keep sharing photographs and videos that sure look like aliens might be invading the planet.

This particular website tracks UFO sightings across the region. You can also count on Green Bay Packers quarterback Aaron Rodgers, who claims to have seen a UFO in New Jersey. And the mysterious white dot hanging over South Philly a couple years ago? It was probably just a drone, according to an astronomer at the Franklin Institute.

Seriously, though, when do we get to see the actual aliens?

Well, there was a close encounter last weekend at the Pennsylvania State Memorial in Gettysburg.

That looks a lot like a beam that would accompany a UFO landing, especially to a pair of eyes hoping to see that happen.

Alas, the photo was picked up by the Washington Post, which quickly explained what amounts to a natural phenomenon:

The explanation is simply perspective. There was a very tall cloud — probably a cumulonimbus — that was building right along the horizon as the sun was setting. Instead of the cloud casting a shadow toward Earth, like it would had the sun been overhead, it was casting the shadow upward.

That isn't as exciting as anyone hoped, but there's really no use talking s*** about a pretty sunset.