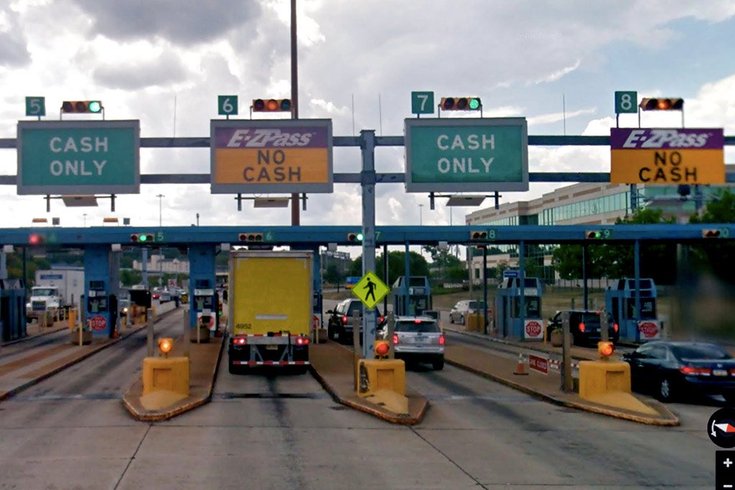 The Pennsylvania Turnpike is expected to become completely cashless by fall 2021. Gantries will be installed in the eastern portion of the state by 2022.

Soon cash will no longer be king on the Pennsylvania Turnpike. The highway system is moving ahead with a $129 million project to completely modernize its toll collection by 2021, and that's means no more toll booth attendants, no more paper tickets and no more digging through coins stashed in cupholders searching for exact change.

Cashless tolling has been tested in locations throughout the state since 2016, including locally at the Delaware River-Turnpike Bridge, which connects Burlington, New Jersey and Bristol, Pennsylvania. After the pilot programs proved to be successful, turnpike officials see "no reason not to move ahead," Mike Compton, the Pennsylvania Turnpike Commission CEO, told the Pittsburgh-Gazette.

According to Compton, these cashless spots average nearly the same collection rates as regular toll booths in the state: 92% of vehicles pay tolls and among those, 83% are E-Z Pass collections and 9% are toll-by-plate collections, which involve a photograph of the license plate and a bill being mailed to the vehicle's owner.

Of the remaining 8% of tolls not collected, 5% are toll-by-plate drivers that have not paid their bills yet and 3% are vehicles deemed not billable.

Cashless toll gantries will be installed throughout the Pennsylvania Turnpike System during the next six years. The eastern portion of the highway system is expected to be completed by 2022. Gantries currently are being designed and construction contracts are expected to be rewarded by the end of next summer.

Gantries will be install on the eastern portion first because the fiber optics needed to transmit transponder reports and send photographs of license plate numbers are already in place, Compton said. The central stretch of the turnpike will be completed in 2024, and the western portion will be installed by 2026.

Once the gantries are installed, the turnpike will remove the toll booths and resign the exits, according to the Pittsbugh Post-Gazette

Those whose jobs are getting eliminated will be eligible for other turnpike job opportunities. They will also be eligible for up to $5,250 a year in tuition credits to further their education.