Check out this year's dirty dozen and clean 15 lists 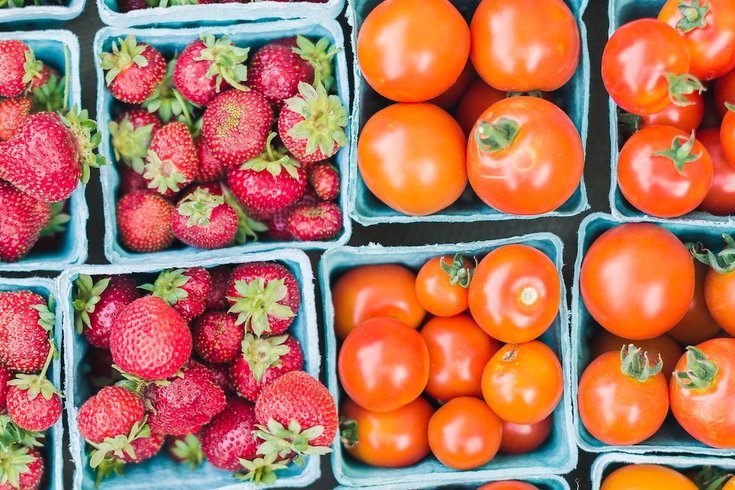 Every year, the Environmental Working Group (EWG) analyzes USDA data on the chemicals found on grocery store produce. They then compile it into an easy-to-digest list of fruits and veggies that tended to contain the most and least pesticides in the past year, dubbed the “dirty dozen and clean 15.”

Not familiar with the dirty dozen and clean 15 concept? Don’t worry, everything you need to know about it is essentially in its name. These lists outline the 12 “dirty” crops that farmers use the most pesticides on and the fifteen crops that use the least amount of pesticides.

That said, the produce outlined in the annal dirty dozen list are items at the EWG suggests shopping organic, when possible. Alternatively, since the clean 15 contain produce with the lowest levels of pesticide contamination, they do not need to be purchased organic, at the EWG’s recommendation.

Pesticides are found in nearly 70 percent of produce sold in the United States, according to EWG.

In fact, “some produce samples can have more than 50 different types of pesticides,” Olga Naidenko, EWG's senior science adviser, told MindBodyGreen, which reported:

In total, the most recent analysis identified 225 different pesticides — all of which were found after produce was washed in cold water for 15 to 20 seconds and, if applicable, peeled.

If your interest has been piqued on this shopper’s guide, fortunately for you the EWG has just released their rankings for 2019.

The crops with the lowest levels of pesticide contamination — a.k.a. the clean 15 — are ranked from lowest to highest, below:

The crops with the highest levels of pesticide contamination — a.k.a. the dirty dozen — are ranked from highest to lowest, below:

While strawberries and spinach have led the dirty dozen in year’s past, kale was a surprising addition to the top of the list, WebMD noted:

This year, more than 92% of kale samples tested had two or more pesticide residues detected, and a single sample could have up to 18 different residues, EWG found. The most frequently detected pesticide, found on about 60 percent of the kale samples, was Dacthal, also called DCPA. It has been classified by the Environmental Protection Agency (EPA) as a possible human carcinogen, based on animal studies.

These lists are essentially a way to prioritize your shopping so that not everything you purchase needs to be organic and should, by no means, deter people from eating fruits and vegetables.

“There are many ways to promote organic produce without resorting to disparaging the more accessible forms of fruits and veggies that the science has repeatedly shown are safe,” says Teresa Thorne, executive director of the Alliance for Food and Farming (AFF), which represents organic and conventional farmers of fruits and vegetables. “For example, the AFF has a webpage at safefruitsandveggies.com with lots of positive information for consumers about organics.”