A PG-13, Christmas-y rendering of 'Deadpool 2' comes to theaters in December 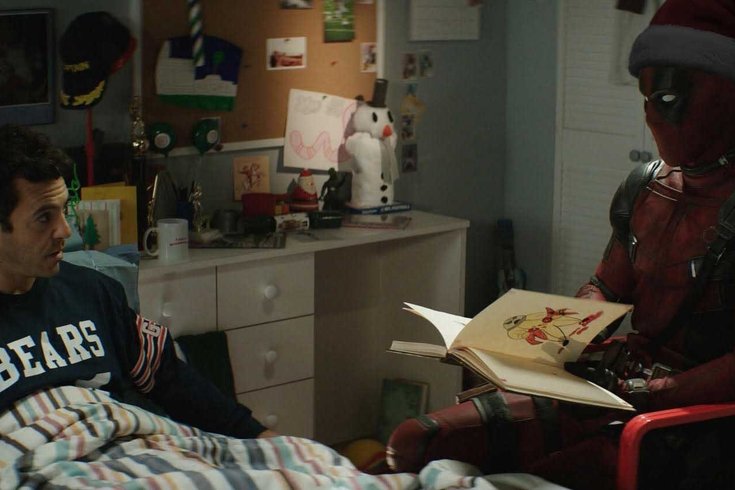 "Once Upon a Deadpool" will features new scenes with Ryan Reynolds and Fred Savage. It will run a limited release in December.

If you thought "Deadpool" couldn't get better, well, it sounds like it just did. "Once Upon a Deadpool" is coming to theaters this Christmas to tell the tale of "Deadpool 2," but with a bit less violence and a little more Fred Savage, Deadline reports.

The PG-13 version will feature mostly footage from the film released back in May, but cut down to appease the new rating. In order to cut down on the more gruesome shots, the film took its style from the "The Princess Bride."

The story will be narrated by Deadpool to a 40-something-year-old Savage, who originally starred in the 1987 film. In a still released by Reynolds and FOX, we see a near identical shot of the '80s classic with Savage in bed as Deadpool holds a book and wears a Christmas hat.

The idea was conceived by Reynolds and writers Rhett Reese and Paul Wernick.  One dollar of every ticket sold will be given to the organization, F**k Cancer – or rather, “Fudge Cancer,” as Reynolds calls it, in respect to the teen appropriate restrictions.

The actor, a long champion of the "R" rating for the comic book franchise, spoke to Deadline on Monday on why he agreed to edit out the violence. “Fox has been asking for a PG-13 basically since the start in 2006. I’ve said no since 2006. Now, this one time, I said ‘Yes’ on two conditions. First, a portion of the proceeds had to go to charity. Second, I wanted to kidnap Fred Savage. The second condition took some explaining.…”

"Deadpool" is the highest-grossing R-rated film in Hollywood history, while “Deadpool 2” follows at #2 on that list, finishing its theatrical run in October with $734 million.

The limited theatrical release for "Once Upon a Deadpool" will run from December 12-24.