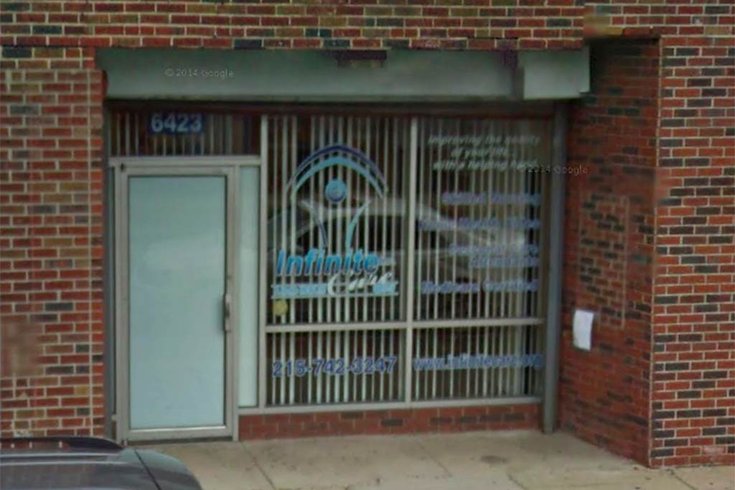 The former office of Infinite Care Inc. on Rising Sun Avenue in Lawndale.

More than 1,300 direct care workers who were not paid for the last two weeks of work when their employer closed unexpectedly in March will get their checks.

Infinite Care Inc. of Philadelphia, a nursing care agency which had operated at 6413 Rising Sun Ave. in Lawndale, was indicted for Medicaid fraud and closed with barely any notice to employees, according to the Pennsylvania Department of Labor & Industry's Bureau of Labor Law Compliance, which worked to remedy the wage theft case for the laid-off workers.

The bureau obtained more than $745,000 in unpaid wages for the workers. Paychecks were mailed by the state on July 10.

"Labor & Industry worked to get these workers the wages they earned and rightfully deserve," Labor & Industry Secretary Kathy Manderino said in a statement. "The wages will help the workers and their families get back on the right track after an upsetting setback, and the money going into the local economy will help to strengthen the area's economic future."

Community Legal Services of Philadelphia, which provides legal service to more than 11,500 low-income Philadelphia residents annually and which represented a number of the InfiniteCare employees, commended Labor & Industry for its efforts.

"Kudos to the department for resolving the problem of unpaid wages for so many workers across the commonwealth," Suzanne J. Young, CLS supervising attorney, said in a statement. "Low-income wage earners need to be promptly paid for work performed; such workers don't often have a cushion which might help them wait for payment."

A grand jury recommended charges after finding that Infinite Care fraudulently billed Medicaid by more than $1 million for services not rendered from January 2010 to the present. After receiving the grand jury subpoena, company officials allegedly met and decided to destroy fraudulent paperwork submitted to the state for services not provided and for inflated services.

In addition, it is alleged that Infinite Care "hired" patients' family members to provide care and cover shifts when the company could not. The agency is charged with paying family members out-of-pocket to monitor their loved ones alone and without any medical assistance, even though the company billed Medicaid for 24-hour medical care.

The case is being prosecuted in Dauphin County.